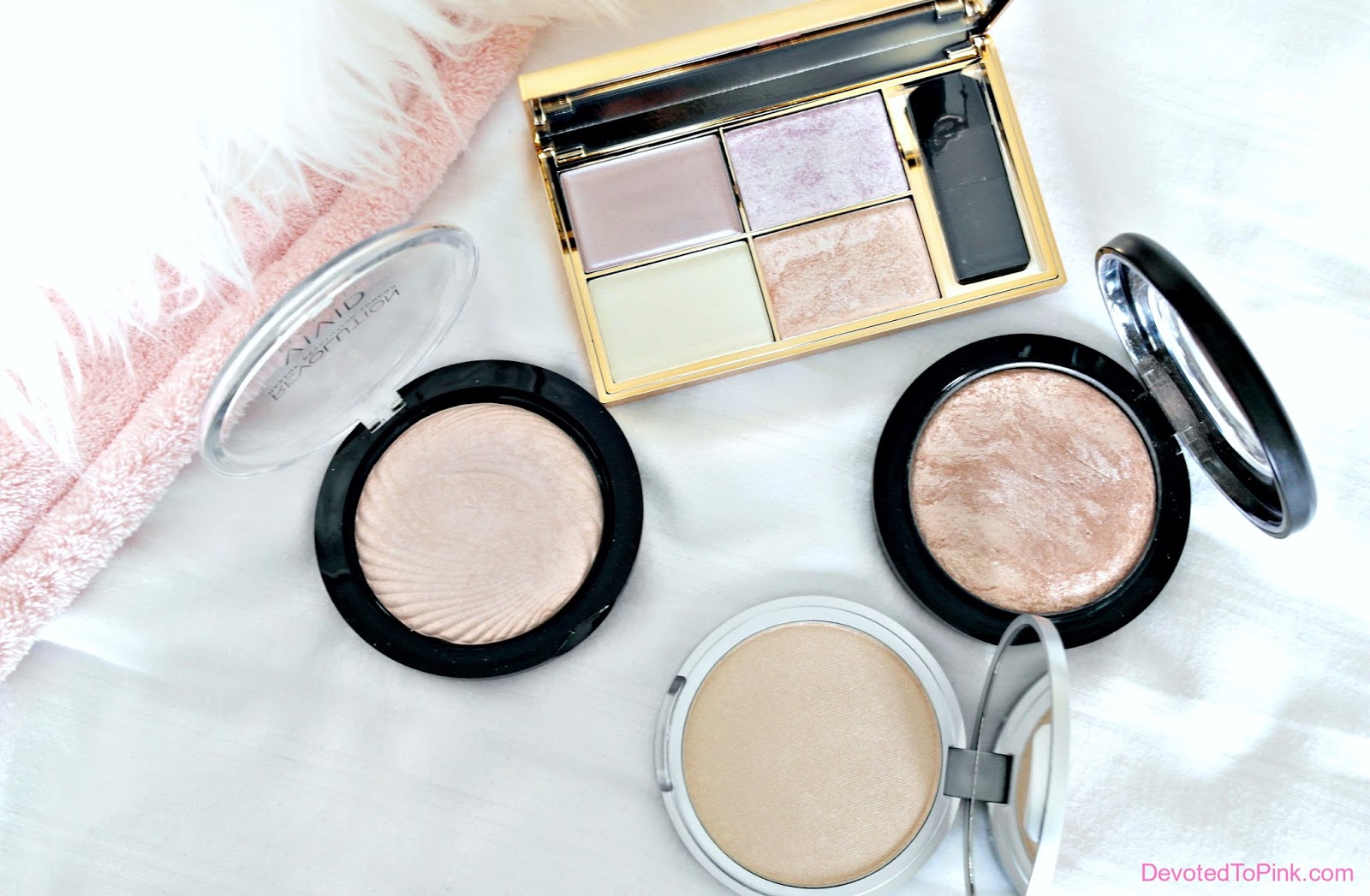 Highlighters seem to be the latest must have makeup at the moment, and I’m not sure about you but a few years ago I never really heard much about highlighters. However, with the introduction of strobing they seem to be every where and most brands are jumping on the band wagon and launching these glistening goodies. They are so popular that products such as Becca Shimmering Skin Perfector in Champagne Pop have sold out everywhere and I’m on a waiting list to get get my hands on one! A waiting list for makeup… Who’d have thought!

As I couldn’t get my greedy mitts on Becca Champagne Pop I decided to search for another highlighter (as I obviously I couldn’t just wait for Champagne Pop to come back in stock). I asked my fellow beauty bloggers on Twitter what highlighters they recommend and I have never had such a response to a tweet – so thank you all so much! I got so many tweets with lots of suggestions, and as I’m so indecisive I found myself ordering quite a few highlighters (oops), so I thought I would put this post together to help out anyone else who is also unsure as to what highlighter to opt for.

(EDIT: FYI since ordering the highlighters and writing this post Becca Champagne Pop in now back in stock at Space.NK and Cult Beauty.)

By the way I attempted many times to get some quality photos of me wearing each highlighter but it just wan’t happening, so you will have to make do with the swatches below I’m afraid! 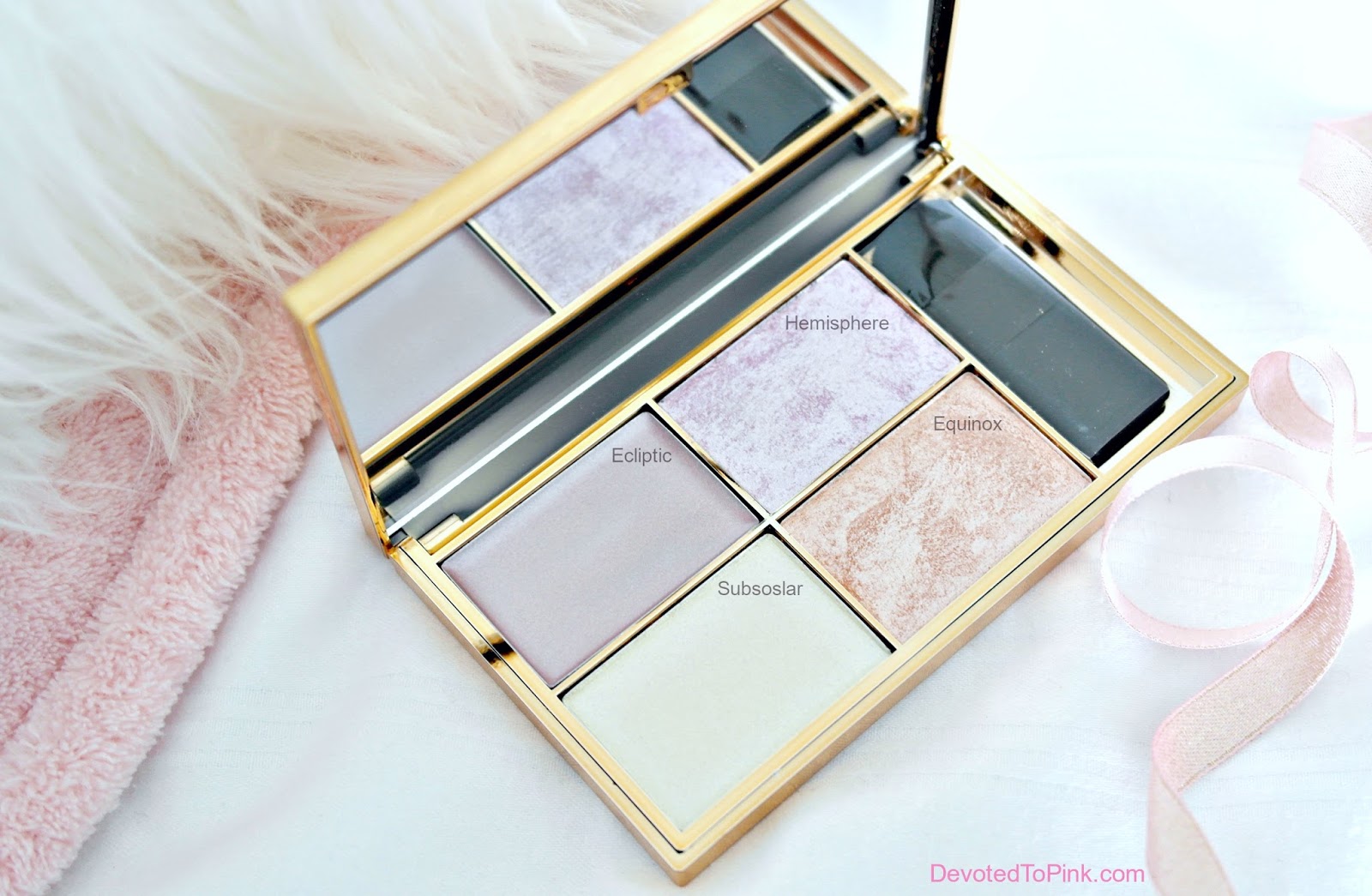 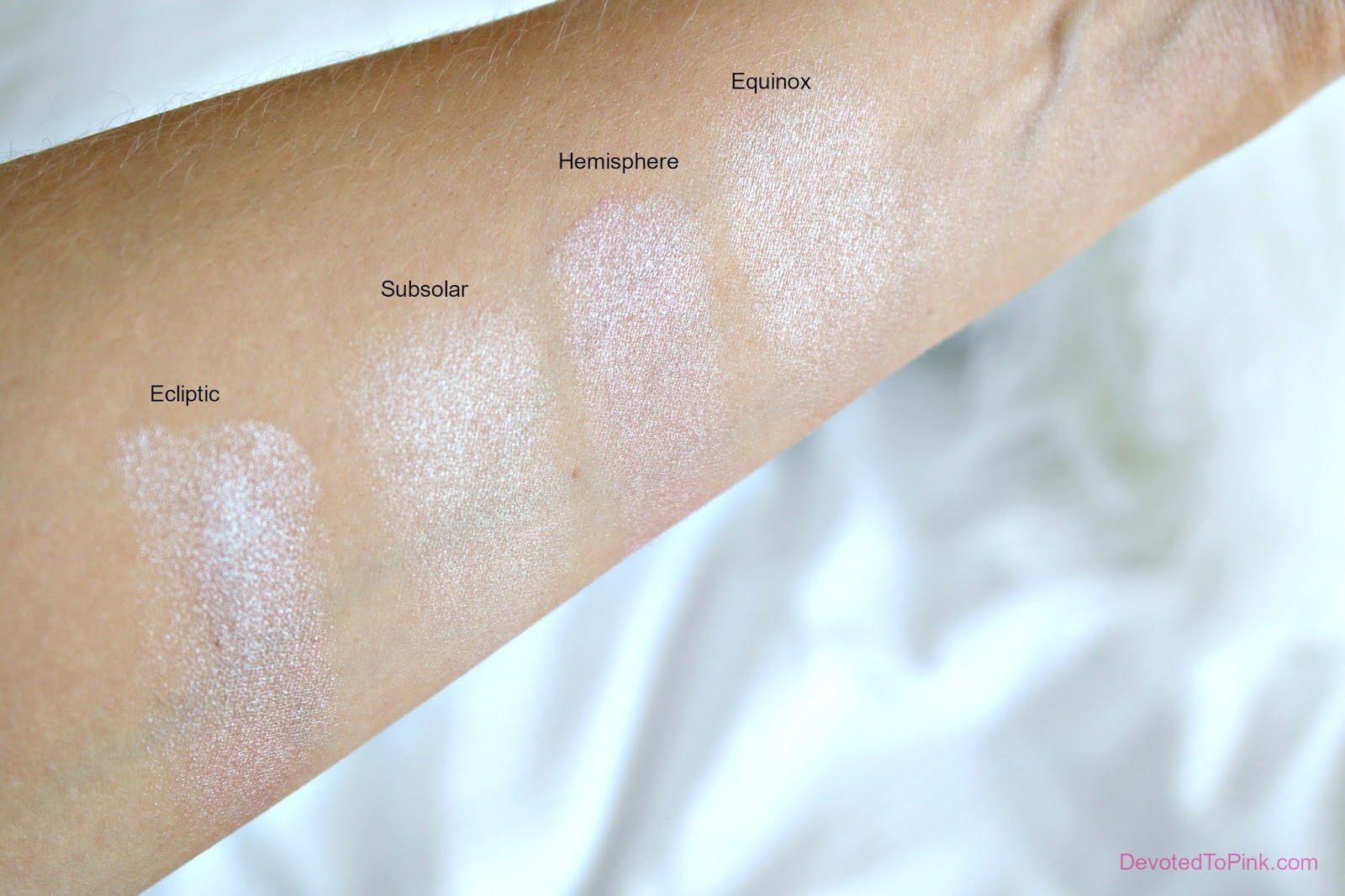 Before I talk about the actual highlighters in the Sleek Highlighting Solstice Palette I have to mention the packaging on this beauty! The highlighters are encompassed in a stunning shiny gold case and comes with a mirror and small brush. Although, the brush is pretty pants to be honest but I’d thought I’d mention it was included. Moving on….

All shades are very pigmented with lots of shimmer! For me Equinox is my favourtite colour in this palette as its the warmest shade. Hemisphere is another great highlighter but as it’s so cooling I can’t use much of it, so I tend to use that for highlighting smaller points like under my brows rather than my cheeks. The cream highlighter Ecliptic is my least favourite in the palette but that’s only because I personally don’t like cream highlighters or blushers.

Overall I am really impressed with the Sleek Highlighting Solstice Palette as I think you get such good value for money and there is bound to be a shade in there that suits you – if not all four of them! 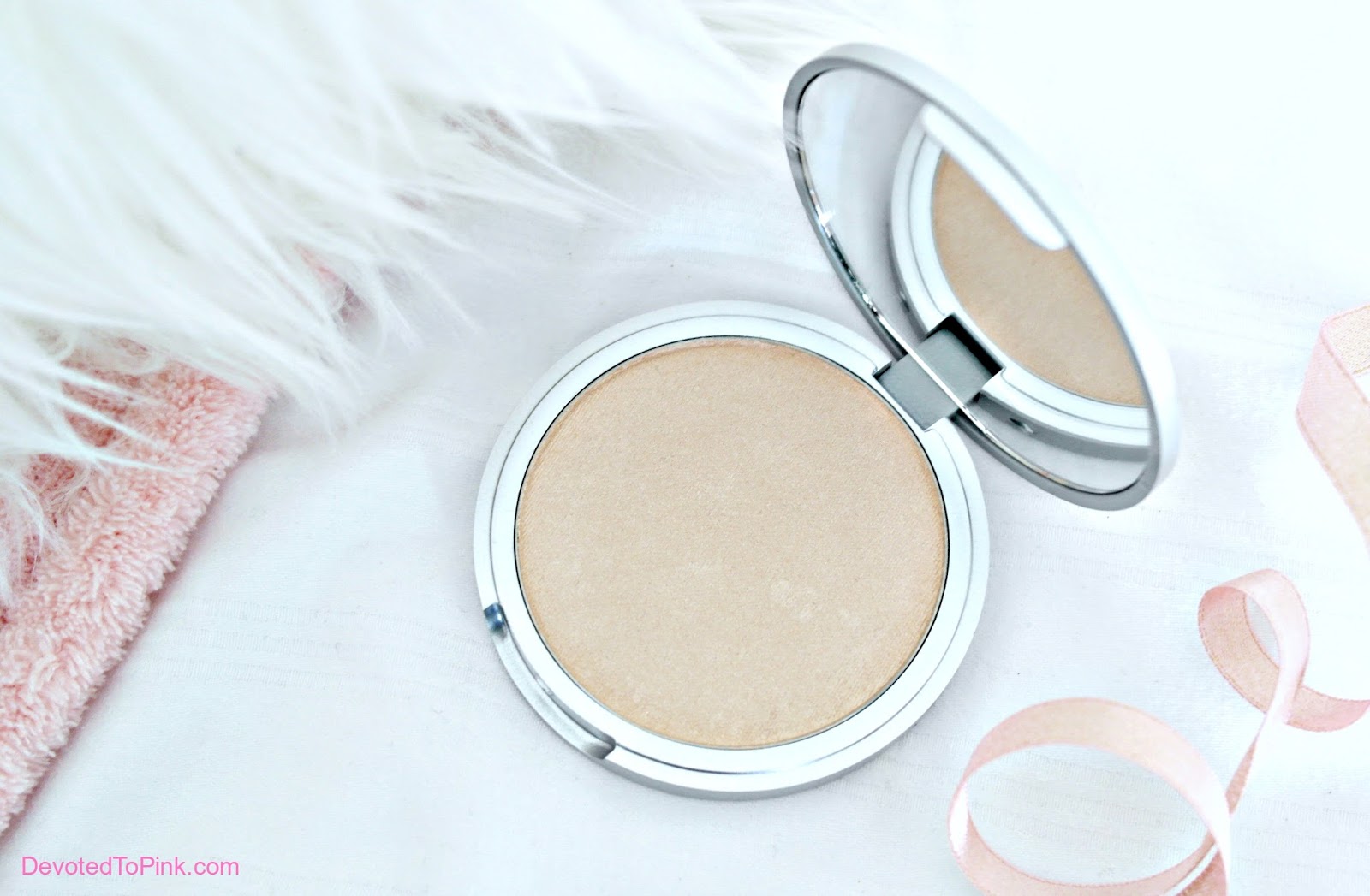 The Balm Mary Lou Manizer has been raved about so much in the beauty blogging world that it was a must have for me. It’s also meant to be a dupe to Becca Champagne Pop that I was originally after as it has a very gold/ champagne tone to it.

I would say I like this highlighter but I don’t love it. For me its quite a ‘flat’ colour in comparison to the Sleek and MAC highlighters in this review, with not enough dimensions to it. I prefer highlighters with a mix of at least two shades to give them more depth, so to combat this I sometimes mix it with another highlighter. Saying that if you like a gold toned highlighter and want a soft daytime look I would suggest giving this one a go, as its a lot more subtle than the others. The packaging is pretty cute too. 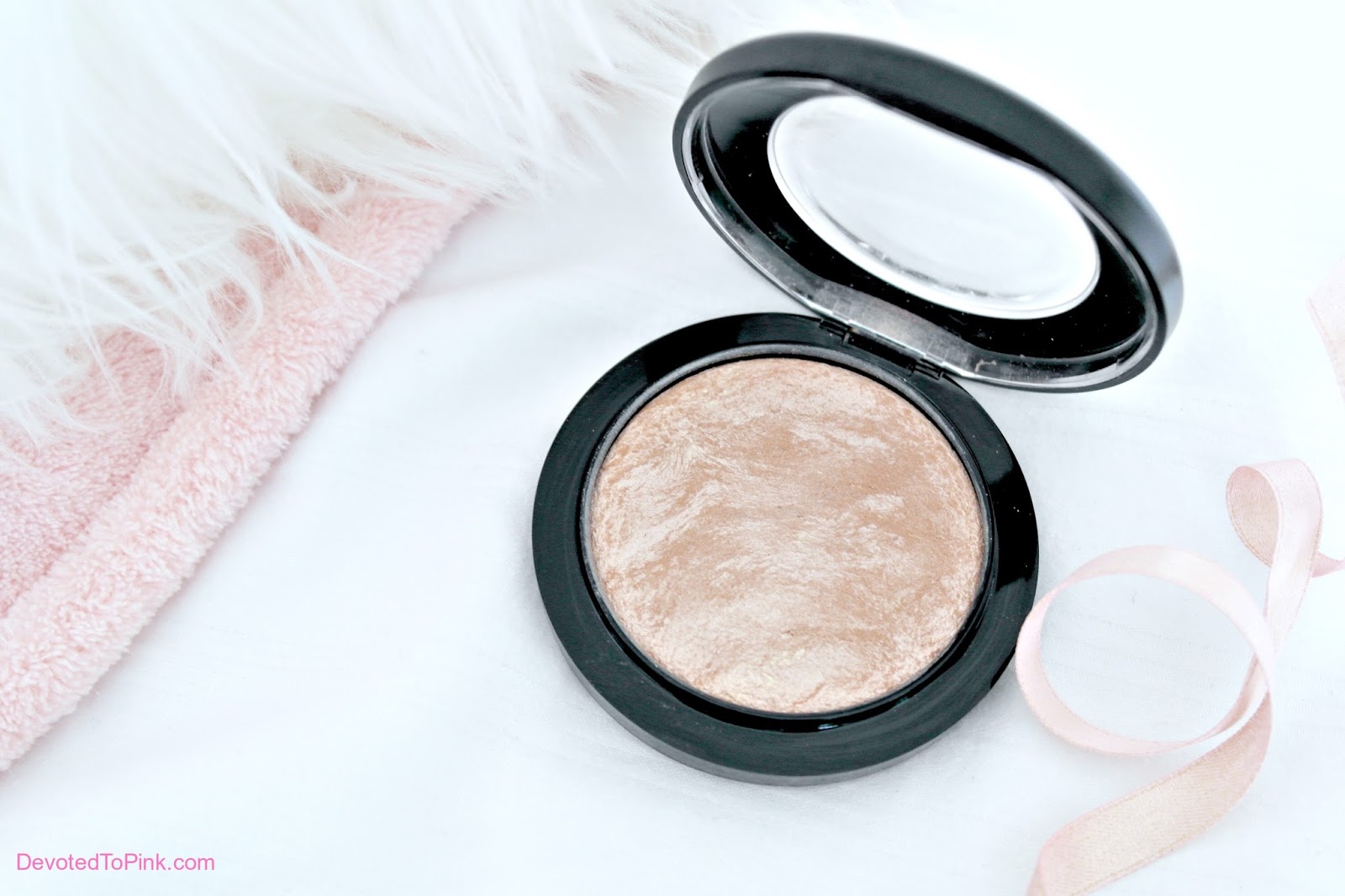 I had actually purchased the MAC Soft & Gentle Mineralize Skinfinish highlighter last year, but as its such a popular highlighter and I love it so much I had to include it in this post. Thinking about it, I really have no idea why I have not posted about this highlighter before as I absolutely LOVE IT! It’s highly pigmented and for me is just the perfect shade. It’s golden/ peachy/ bronzy in colour and creates a beautiful warm dewy glow. Unlike some of the other highlighters I can literally use this highlighter anywhere (because of the ‘glow’ effect) – cheek bones, brow bones, cupids bow or chin. I love this product so much that I would say it would definitely be in my list must have products and one I couldn’t live without. 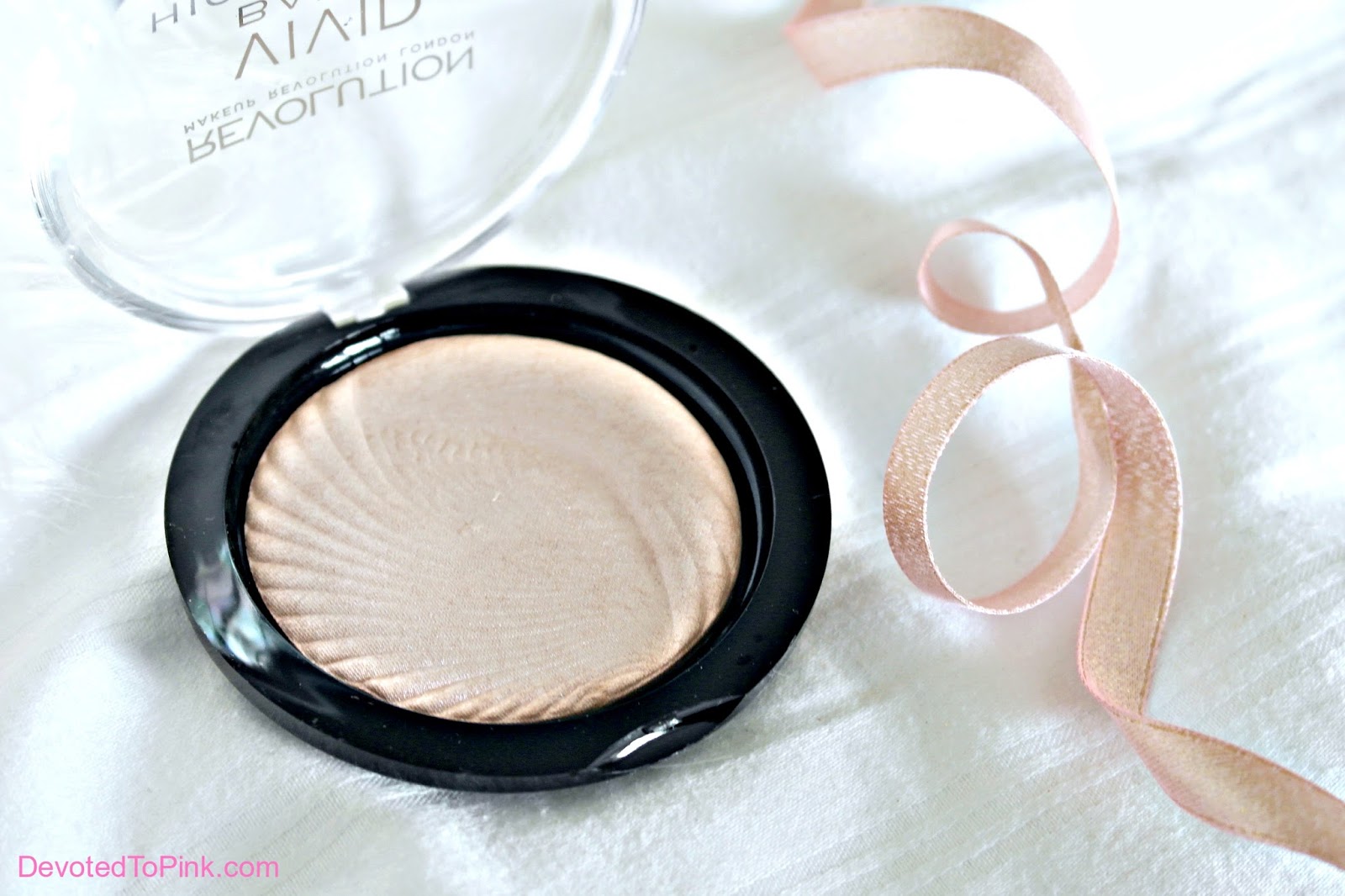 I’ve got to admit I’m usually a high end makeup kinda-gal and would never think of buying makeup in Superdrug, so going online and finding the Makeup Revolution Peach Lights Highlighter for £3, yes £3 was a bit of shock! That’s the same price as a coffee!! But you know the saying “you get what you pay for”….. Well its true! Now, I’m not saying I don’t like this highlighter as for £3 you can’t complain, but the quality isn’t that of the higher end highlighters I have used. The powder feels quite rough which I think is down to the design of the rippled effect, this also meant it was hard to use with my Sephora fan brush as it didn’t have an even surface. It’s a cool peach/ pink tone but isn’t anywhere nearly as pigmented as the other highlighters in this review. For me it too cooling, as one thing I’ve learnt after buying so many highlighters is that warm bronzy/ gold colours suit me much better.
Another minor bug bear is that I found the packaging quite hard to open… Yes I know I have long claws which doesn’t make it easy, but I seem to open the others without any trouble but this one was so tricky that I found myself having to get a pair of scissors or tweezers to help me open it! 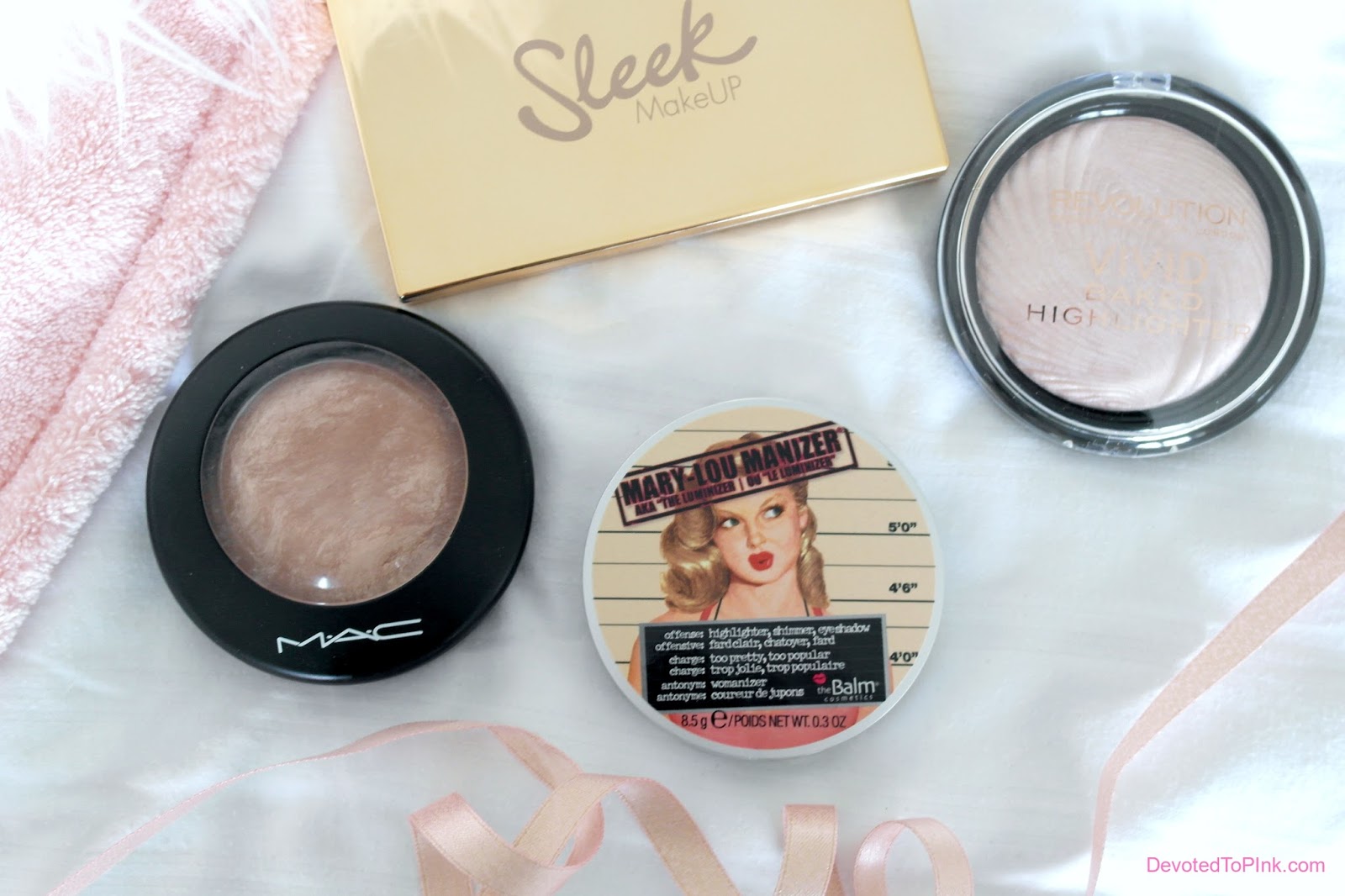 After trialing all these highlighters I’ve come to the conclusion that it’s really down to personal choice and whether warm or cool highlighters suit your skin tone. All four products are great highlighters but for me MAC Soft and Gentle Mineralize Skinfinish has still got to be a number one favorite for the warm dewy effect it gives. I would say that the Sleek Highlighting Solstice Palette comes in at a close second as you get good a choice of colours at such a good price.

What are your thoughts? Are there any other highlighters I should be trying?