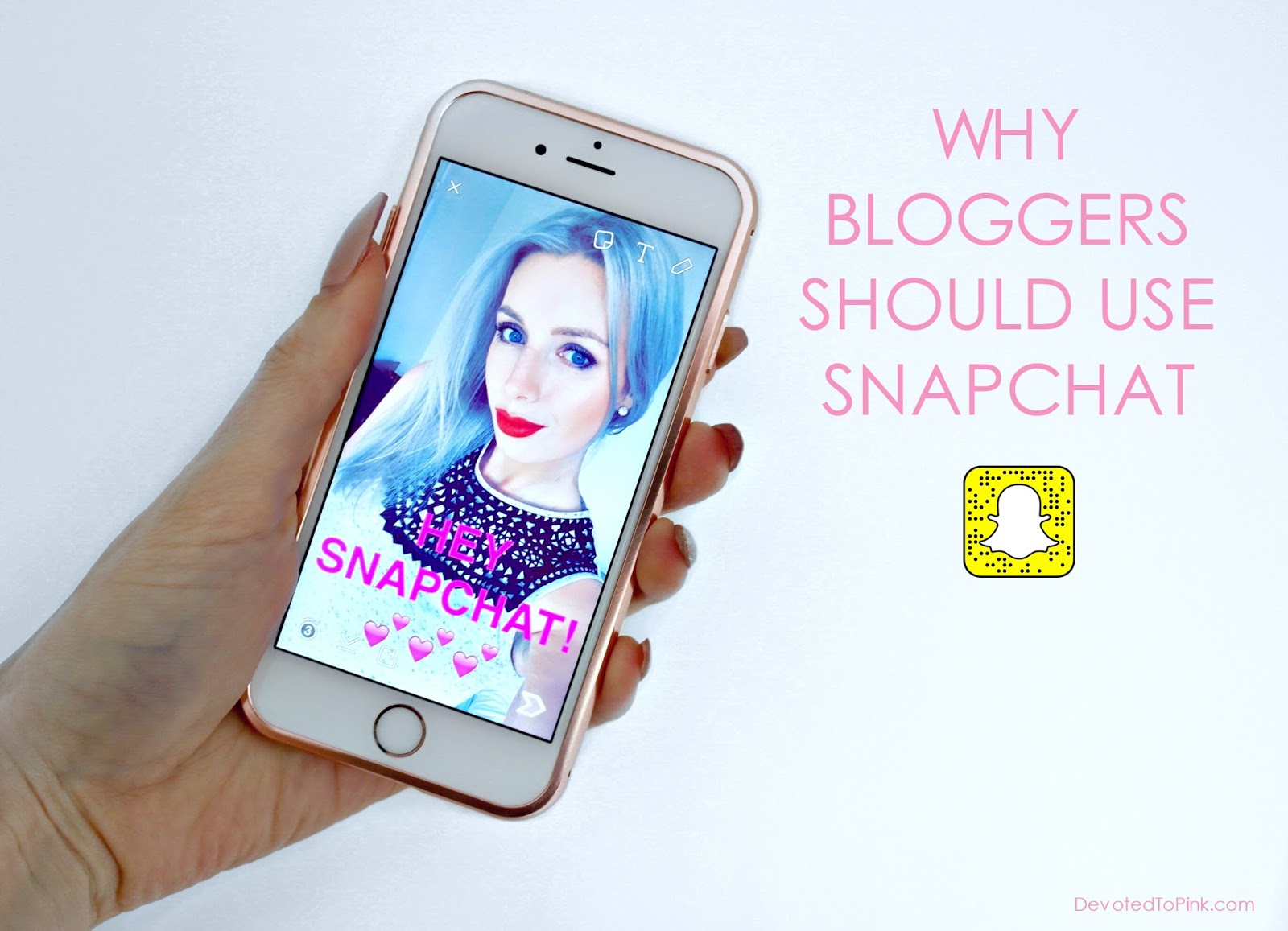 If you think Snapchat is only used by teens then think again! I’m now I’m obsessed with Snapchat and dare I say…. probably more than Instagram (big statement I know!). But its not just me – Snapchat has over 100 million daily active users of all age ranges, who spend an average of 30 minutes per day on it. These numbers are only growing, so what are you waiting for?! Read the rest of this post and then get on and create an account.

I know initially I had concerns over Snapchat. I mean, I spend enough time trying to create content for my other channels, let alone trying to create some content that only lasts 24 hours, to then have it disappear into thin air! But…. since I’ve started using Snapchat I’ve really seen the benefits and actually it takes a lot less preparation than any other platform I use. So here’s why you should be using Snapchat:

Promote your brand/ blog – Snapchats functionality means you can use video and photos to promote you and your brand – Be that events you’re going to, new blog posts or a new blog redesign.

You can connect with you audience in a much more personal way – This to me is the NUMBER ONE reason to use Snapchat. By using the video feature and talking to your audience you can show them the real you –  when you’re excited, sad, happy or annoyed. Show them who you really are rather than just a edited/ filtered Instagram photo version of you – yes even the early morning, no makeup ones! Followers will respond to it, and they will feel they really know you as a person.

You can earn some dollar – Snapchat is huge and brands are recognising this and investing big bucks into it. Snapchat hasn’t been adopted by as many users as other platforms so hurry up and get on the bandwagon so you don’t miss out.

Nice step into Vlogging/ YouTube – If like me, the thought of vlogging scares the bejeebers out of you then Snapchat is a great way to get used to talking on camera, as the clips are only 10 seconds long. You can then add multiple snaps together to make a longer ‘vlog’ and before you know it, you will be a pro!

Get your audience excited – By using video you can use Snapchat to show BTS (behind the scenes) footage of what you’re doing and its quite often used to tease followers about what you’ve got coming up – be that brand collaborations, holidays or any exciting projects you’re working on – InTheFrow and Sarah Ashcroft do this really well so go watch them for some inspiration.

If you’re a newbie to Snapchat then you’re probably thinking “how on earth does this work” – OK, so it took me a bit of time to get my head round as it works very differently to other social media platforms and it takes a bit of getting used, but once you’ve got the hang of the differences its a breeze! I promise.

I couldn’t write this post without pitching my Snapchat – so come follow! I sound like a man when I talk and pull some weird faces, but that adds to the experience, right? Username: DevotedToPink 🙂