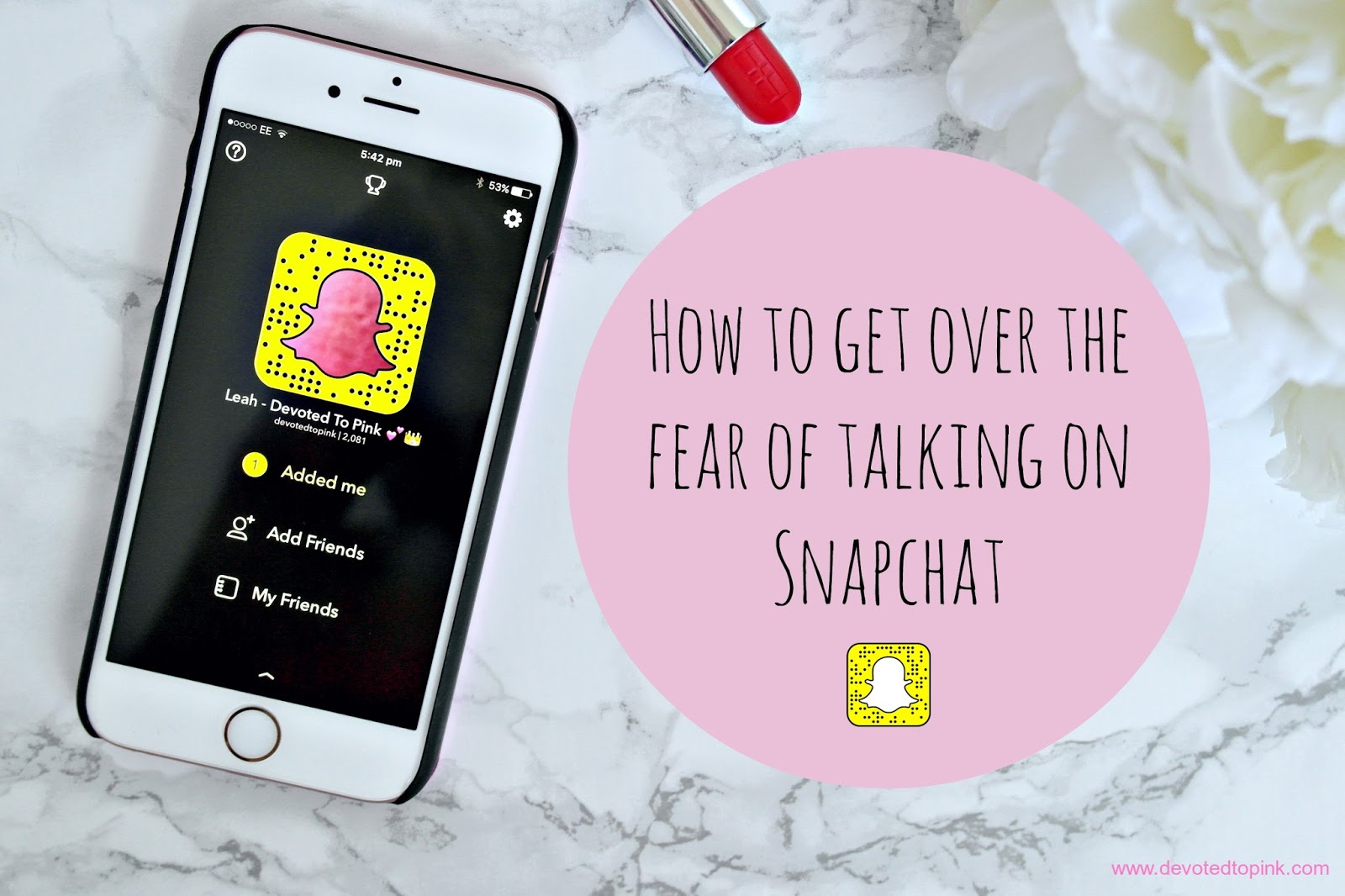 If you follow me on social media you’ve probably heard me say before that Snapchat is my favourite social media platform at the moment. It used to be Instagram, but since the new algorithm has come along and turned everything upside down I don’t have the enthusiasm for it when my feed is just full of brands and “big bloggers”, not to mention the huge decline in engagement I’ve noticed as followers no longer see my posts.  I’m such a fan of the photo/ video app that I’ve already written a few posts on Snapchat which have been really well received, as well as starting a weekly #SnapperOTW (Snapper Of The Week).

From my many discussions about Snapchat it seems that bloggers really want to start using this platform to help promote their brand but they have a fear of talking on Snapchat which prohibits them. Next there are the bloggers that are using Snapchat but only use the photo element of it, and are not talking onscreen as they are too nervous to. This seems to be a common issue that I hear crop up, so if this sounds like you then read on……

For me, the best part of Snapchat is getting to know the “real” side of bloggers which you can’t always get from other social channels – their humor, mannerisms, opinions, quirks, laughter and sometimes even their vulnerability. This is what not only stands Snapchat apart from Twitter and Instagram, but what makes you stand out from other bloggers. It gives you that edge, that sparkle. Hopefully people watching me on Snapchat don’t think of me as the beauty blogger Devoted To Pink anymore, but as Leah – I smile, I take the piss out of myself, I laugh. I moan and I have the worse bed head you will ever see! The point I’m trying to make is that talking on video is such a crucial part to Snapchat’s, and ultimately your success. 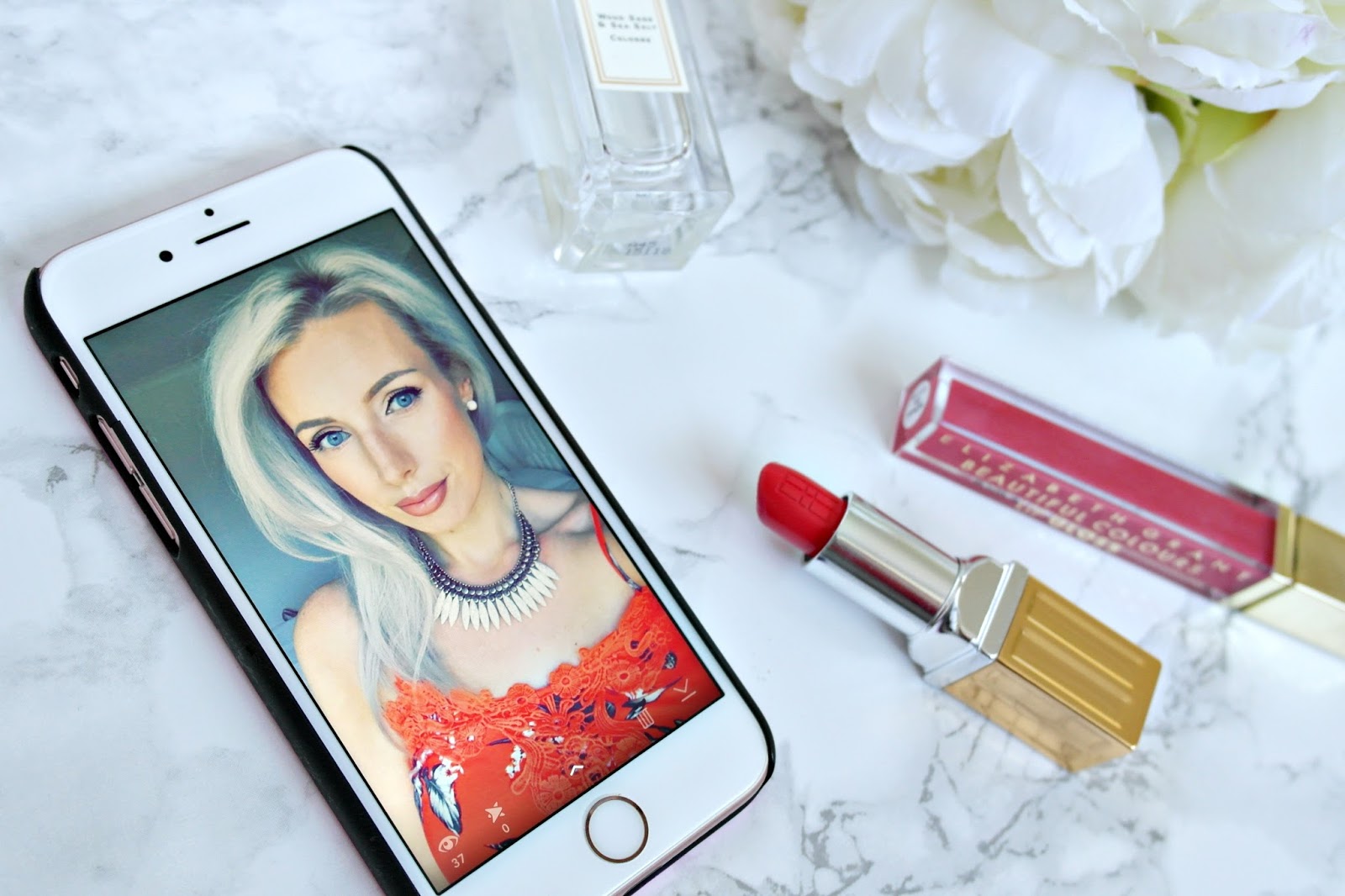 When I first started using Snapchat like most I was terrified and I never used to talk, but now I’m so used to it you can’t stop me! So here are some of the things I felt really helped me get over my fear of talking on Snapchat:


Watch other Snappers
This is what inspired me to start talk snapping (is that even a thing..!? You know what I mean!) the most. After a couple of months of watching loads of other peoples snaps I realised that the snappers I gravitated towards watching the most were those who put their face on camera and spoke to me (well me and hundreds or thousands of other people) and it felt so personal. I sensed I could relate to them a lot more and I felt like I actually knew them. Not only is this what spurred me on, but I thought if these “normal” people can do it, so can I! These were every day people like you and I, some who had large followings and some who had a small amount, but watching others talk snapping (I’m making it a thing!) really encouraged me to start doing it myself.

Film at home
To be honest I haven’t moved on much from this stage. I tend to film in my house or in my car as no one is looking at me or can hear what I’m saying, which makes me a lot less self conscious. I don’t have any pets to laugh at me so I feel pretty safe that if I cock up no one has witnessed it. I’m gradually starting to do a few more bits outside of my house/ car but I’m not sure I’ll get to a point where I’m walking through a shopping mall and doing it, but you never know, small steps and all that. Either way it doesn’t matter if you don’t progress on to that, talk snapping anywhere will do the job.

Talk behind the camera
I found that talking behind the camera to do an unboxing for example, or talk about a new product I had just tried out was a lot easier and less stressful than talking in front of the camera, as the focus is on the product and not me. I didn’t have to worry about my facial expressions, where I was looking and best of all I could do it in PJ’s with no makeup on. Hooray!

Start off in your comfort zone
By this I mean start off talking about what comes easy to you. I’ve been doing it a while now so I talk about all sorts –  opinions on life, house disasters and what I’m doing that day. However when I first started out this would have been way too scary for me. My safe zone was to talk about makeup. It didn’t involve me having to talk about myself and there was no right or wrong way to do it. I could showcase a new product I bought and tell my followers why I bought it. Simples. Find your safe zone. This could be talking about your blogging niche or maybe you would prefer to talk about what you’ve done that weekend. Find what is easiest for you and then you can progress on to other subjects as you gain confidence.

Practise makes perfect
Practise makes perfect – the old cliche which means if you do something over and over again you’ll learn to do it well, it’s true. The good thing about Snapchat is that you can practise without anyone seeing. You can keep filming snaps and not save them, or you can send them to your BFF or family member who you don’t mind seeing them. If you have to film a snap 12 times before you are happy with it…..who cares – no one will know!

Feel the fear and do it anyway
And lastly…..My number one tip of all…… the best way to get over your fear of talking on Snapchat is to just start doing it! It’s awkward at first but like most things in life, the more you do it the more confidence you will get and the more relaxed you become. Unless you are a born presenter or actor I think we have all felt this way and in fact I still cringe at my talk snaps but I’m probably being a lot more critical of myself than anyone else. So what are you waiting for….. Pick up that phone and start talk snapping (yep, definitely a thing)!

Finally……don’t forget that followers want to watch ‘real’ people who they can relate to. So if you say the wrong word or fluff a line it’s OK… We actually quite like it and it can sometimes end up being quite entertaining 🙂

I hope you found this useful and it gives you the confidence to join Snapchat and start talk snapping! If you’d like to follow me on Snapchat (I do like to chat!) then add ‘devotedtopink’.