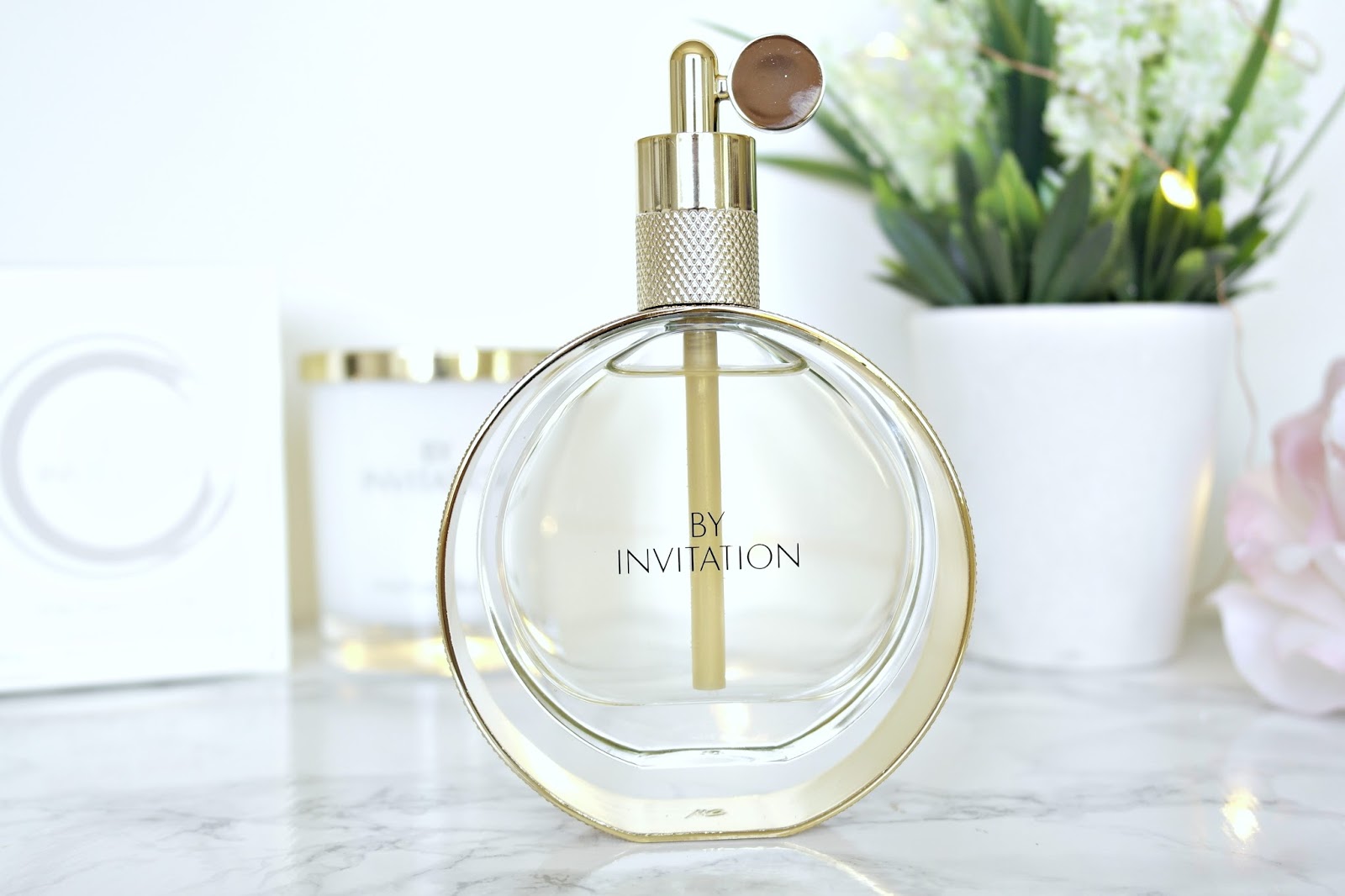 Unless you’ve been hiding under a rock (because I basically plastered it every where) you will know that last week I went to New York, and during my visit I was invited by Thirty Plus to the launch of Michael Bublé’s debut fragrance for women {Insert shocked emoji face here}.

You guys know how over whelmed I was when I won highly commended at the Thirty Plus Awards recently, but to now be invited to such an exclusive event in New York….! Well to say I was excited is an understatement.

The event took place at the famous Edison Ballroom in New York which strangely was located two doors down from the hotel I was staying at in Times Square. Fate and all that. It was an intimate event with only about 100 people there – mainly press that had flown all over the world to meet him. We listened to Michael Bublé while he spoke about why he had chosen to launch a perfume, how he came about naming it and his involvement in creating the scent that has become ‘By Invitation’. This was streamed live to Facebook so fans all across the world could watch him. I’ve always liked Michael Bublé but I must admit I pretty much love him now. He was smooth, incredibly charming and so funny. My heart did melt a little.

After the chat he treated us to three of his hits including one of my favorites; Home. This was Michael’s first performance since his vocal surgery and he was feeling quite unwell so unfortunately he left shortly after. The rest of us then headed to the after party at 230 Fifth which is New York’s largest roof top bar, and it was ah-maze-zing! The photo below was taken with the other Thirty Plus babes including Hayley who organised it all. Unfortunately Chloe was poorly so headed back to the hotel to get some zzzzz which is why she isn’t in the photo 🙁 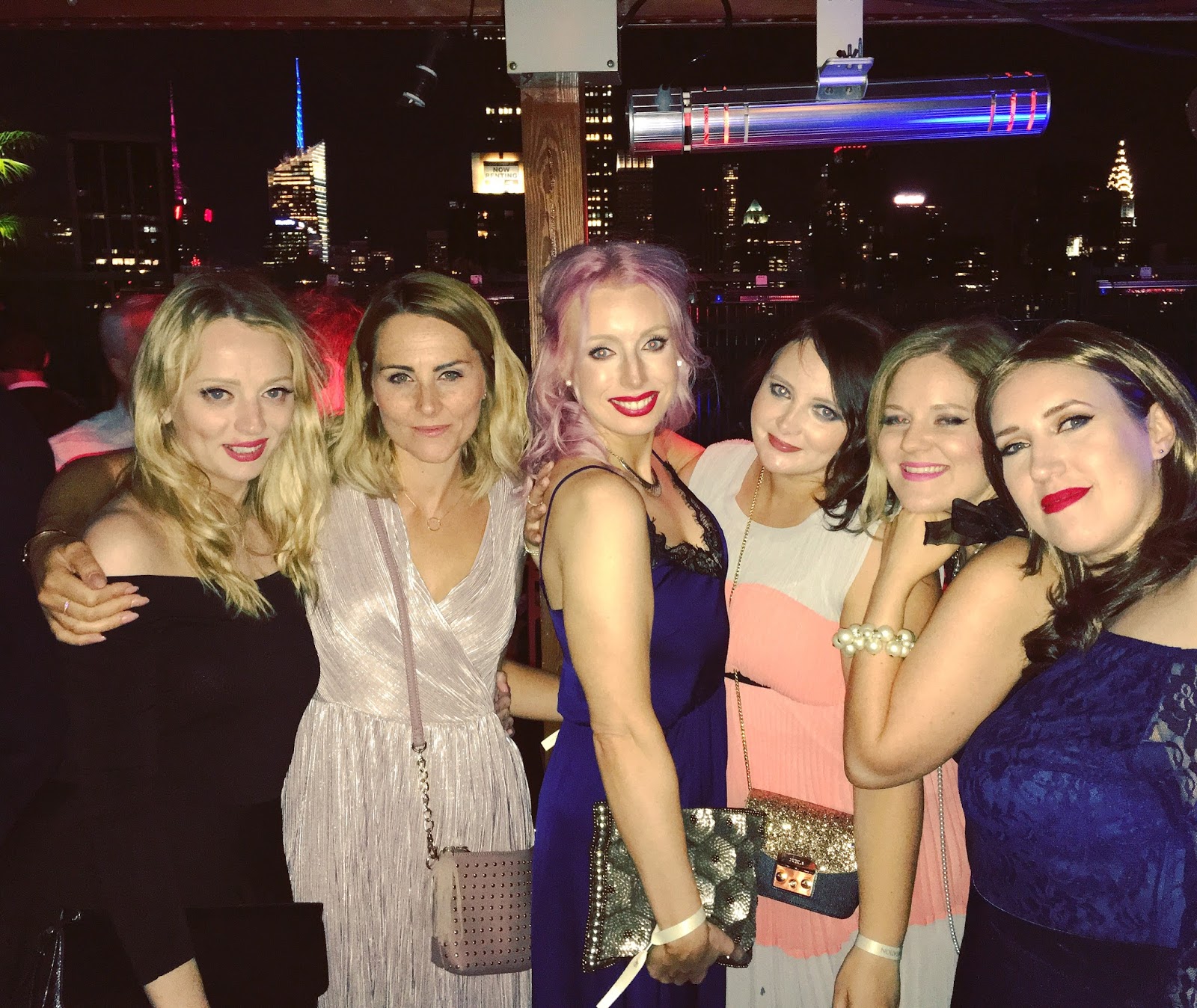 If I’m honest I’ve never been one to buy a celebrity endorsed scent. I have a few staple fragrances that I’ve liked for years and I don’t really divert from them. Plus I think a lot of celebrity perfumes have targeted the younger audience which may be another reason I haven’t thought about trying them. However, I absolutely love By Invitation. I seriously can’t tell you how obsessed I am with this elegant smell. Even though I knew I had to photograph this bottle when I returned to the UK I couldn’t help but spritz it all over me the very next day as I couldn’t get enough of it – hence why a little is missing in these pics! 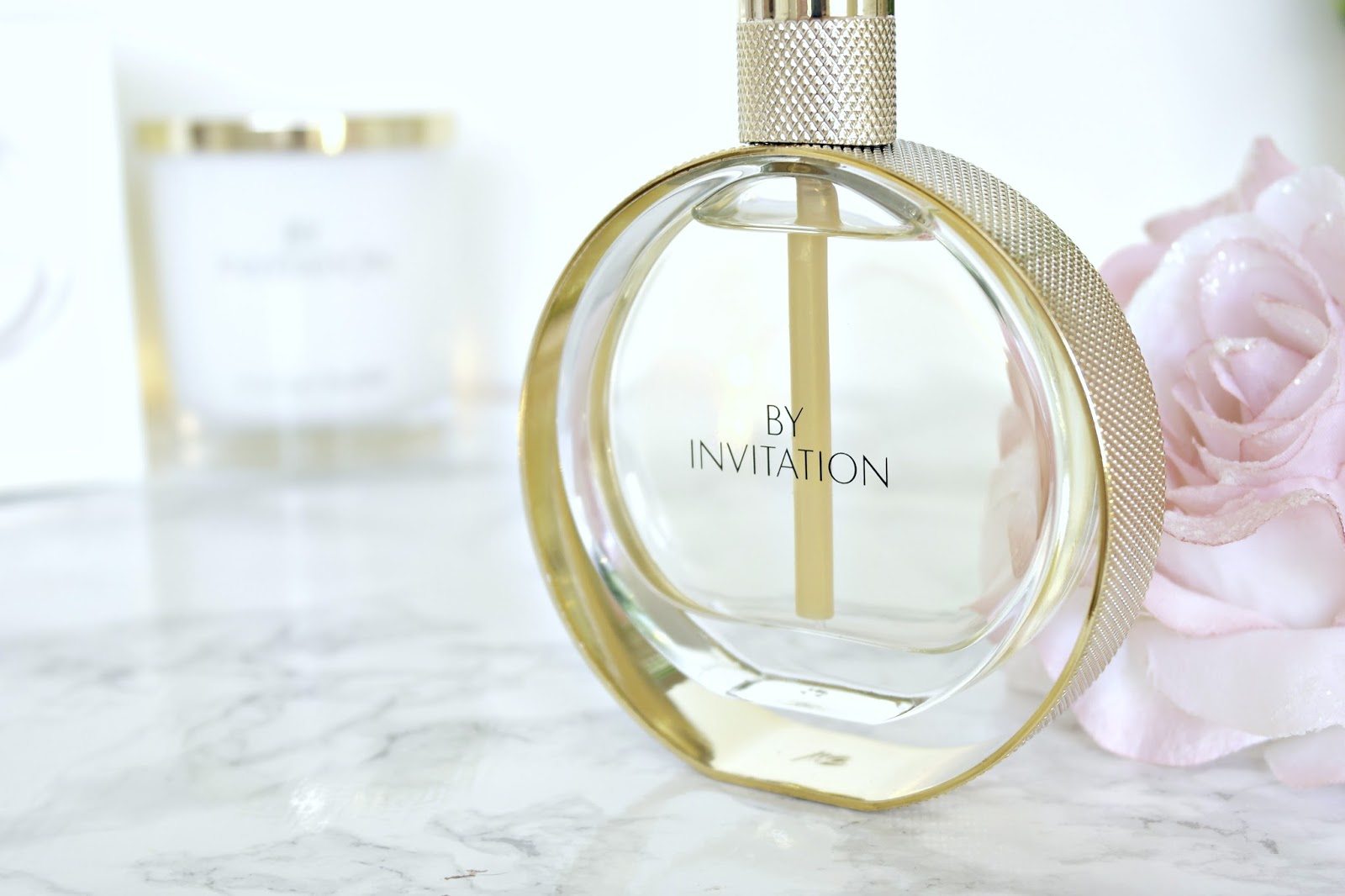 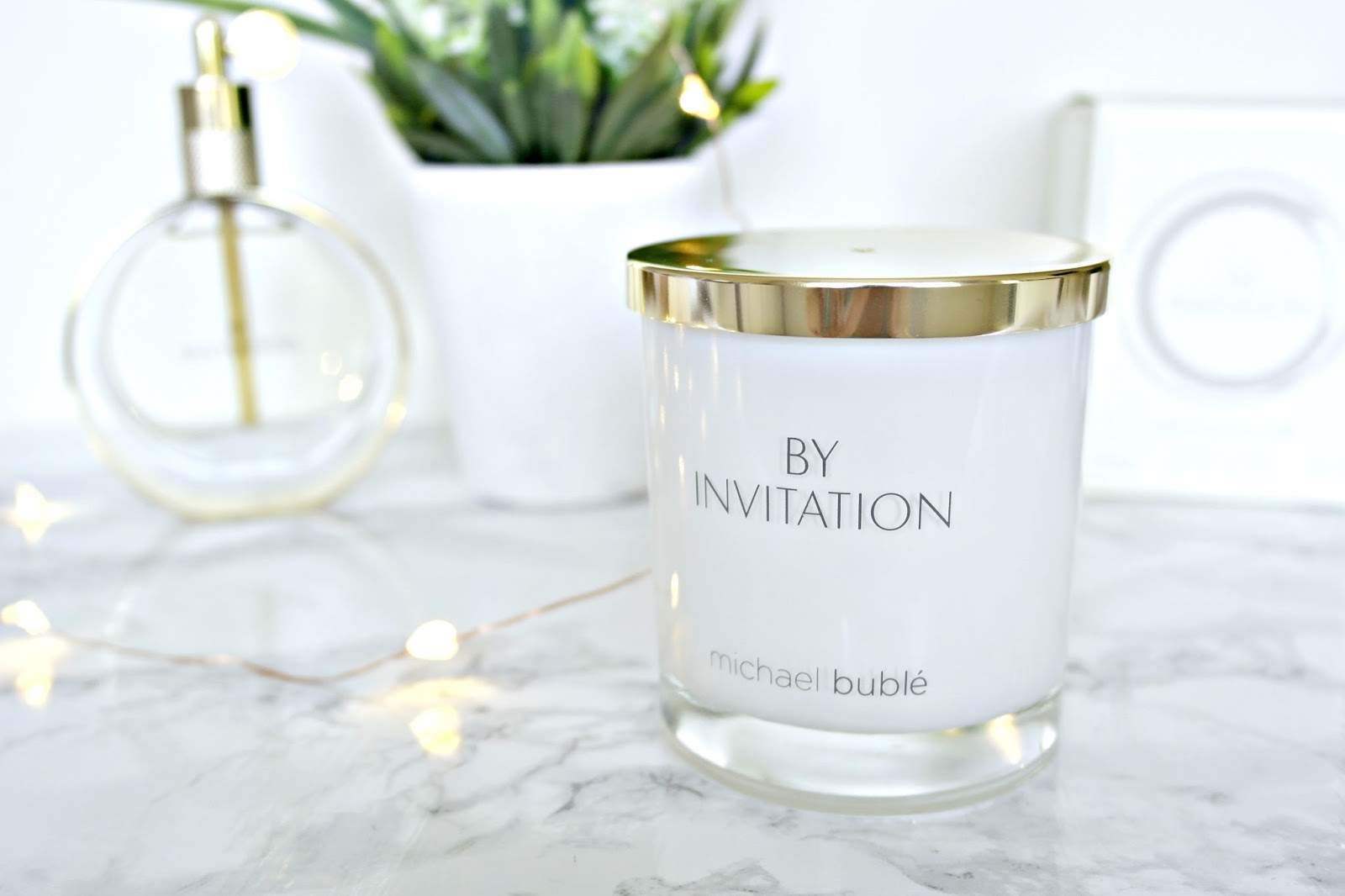 By Invitation* is an eau de parfum (EDP), not an eau de toilette (EDT) which means it’s stronger and lasts longer than an EDT as it contains more pure essence. I always buy eau de parfums as I prefer my scents to make an impact and last all day. The top notes which you will smell first contain bergamot, lemon and red fruits. The middle notes are lily of the valley, rose, peony and wild jasmine. Finished with some musky bottom notes of patchouli Indonesia, cedar wood, vanilla & praline and white amber & musk.

As you can see from these photos the packaging, just like Mr Bublé, is upmarket and classy with a traditional twist to it. Michael said as he values his wife’s opinion so much he made sure he got her approval with the creation of this scent. I suspect his wife also had some input on the design too as its so pretty it will look gorgeous on anyone’s dressing table.

The By Invitation fragrance was developed by Fragrance Dynamics in conjunction with Michael Bublé and the perfume team with lead perfumer Karine Dubreuil-Sereni. Fragrance Dynamics has launched some of the world’s most successful and iconic celebrity fragrance brands, including Cristiano Ronaldo’s debut fragrance ‘Legacy’ as well as One Direction’s record-breaking multiple fragrance launches. Karine Dubreuil–Sereni is a perfume creator and has worked for multiple fragrance houses for many years. Karine has composed a variety of top selling perfumes such as Eclat d’Arpège, Gucci Envy Me, Mûre et Musc and Extrêmeand Womanity. With both these powerhouses involved in the creation of ‘By Invitaition’ I suspect it’s going to be a big hit! 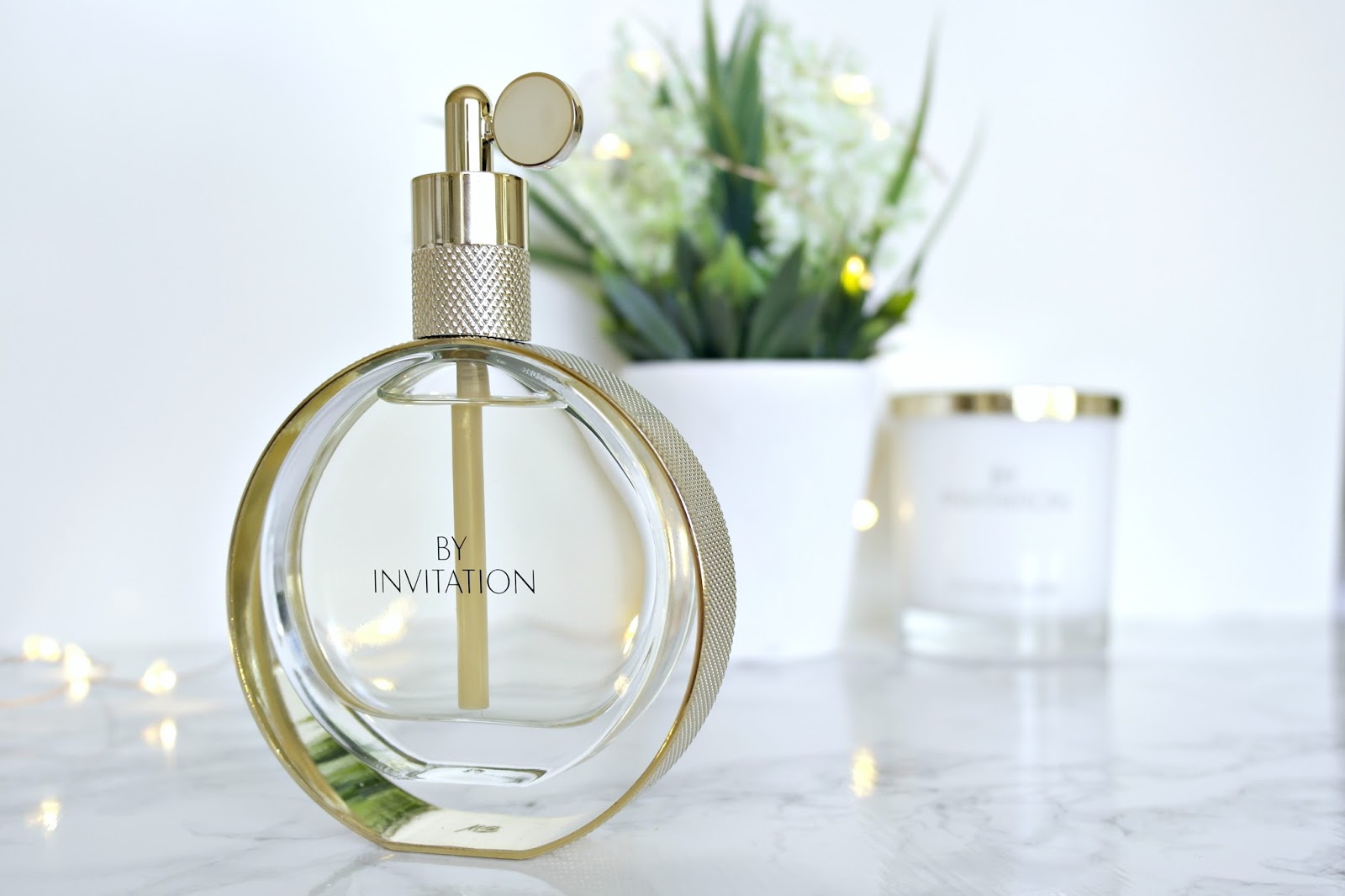 By Invitation is available to buy now at www.michaelbubleperfume.com, from The Perfume Shop on the 11th September and then nationwide at many big retailers from the 25th September. Prices are £29 for 30 ml, £39 for 50 ml and £55 for 100 ml.

I’ll be doing another post soon on what I got up to in New York so be sure to keep your eyes peeled for that!

Items marked with * were gifted to me for review purposes. Please see my disclaimer here.