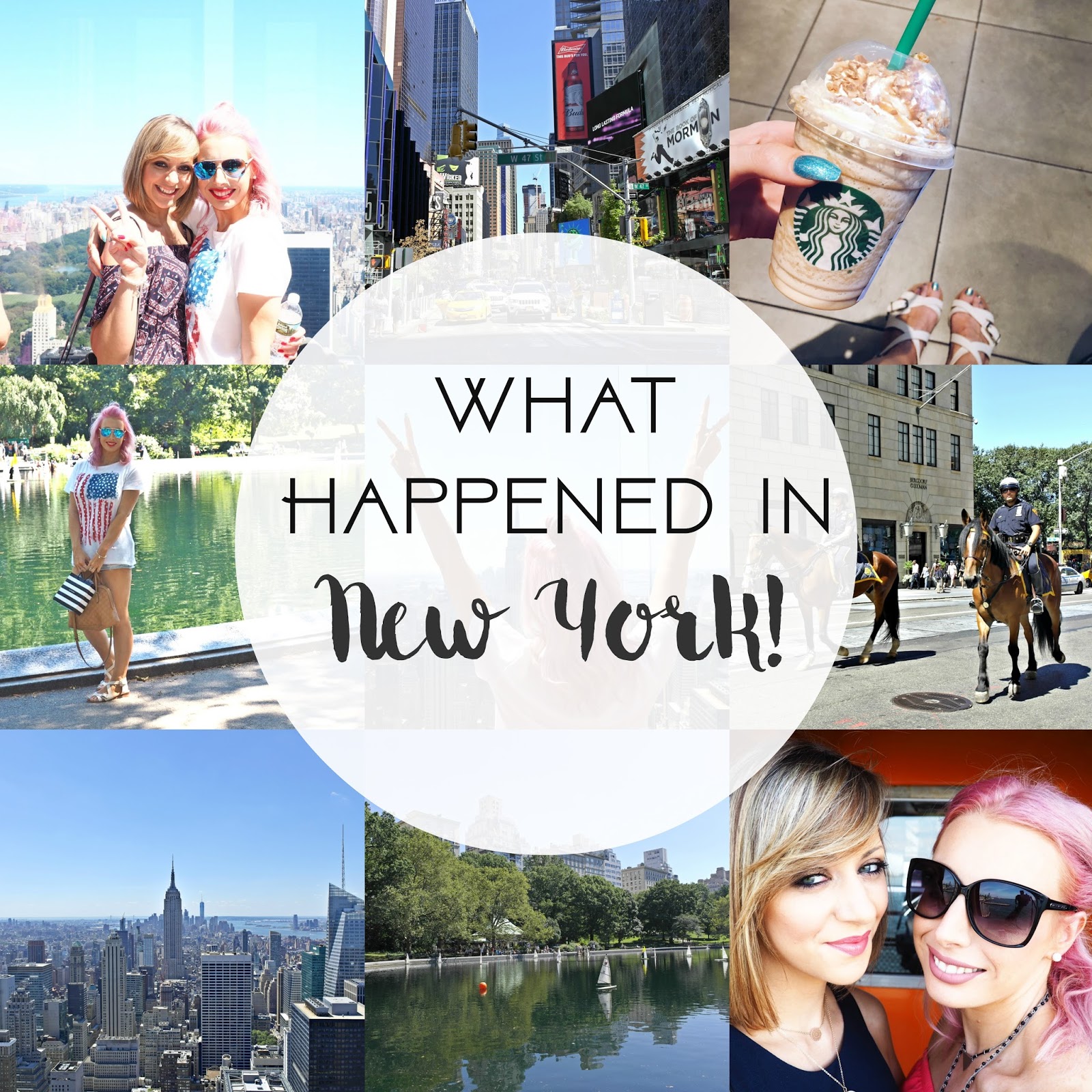 If you’re a regular reader of my blog you will know that I usually end each month with a “What Happened in…” post, but as I missed one for August I’ve decided to replace it with this one….. What happened in New York!

In August I visited the Big Apple with Chloe from Lady Writes. We crammed so much into our time there but here are the highlights…. Enjoy!

1. Experienced the VIP treatment at World Duty Free – We were shown round by the lovely Lucie and made bespoke cocktails of our choice – perfect way to start the holiday.

2. I had a little bit of a melt down in World Duty Free when they had sold out of the Tom Ford palette that I pondered about for ages and finally decided I needed. To combat the melt down I had no choice but to spend a small fortune on two other Tom Ford palettes which were completely unnecessary impulse buys. Standard Leah behaviour. 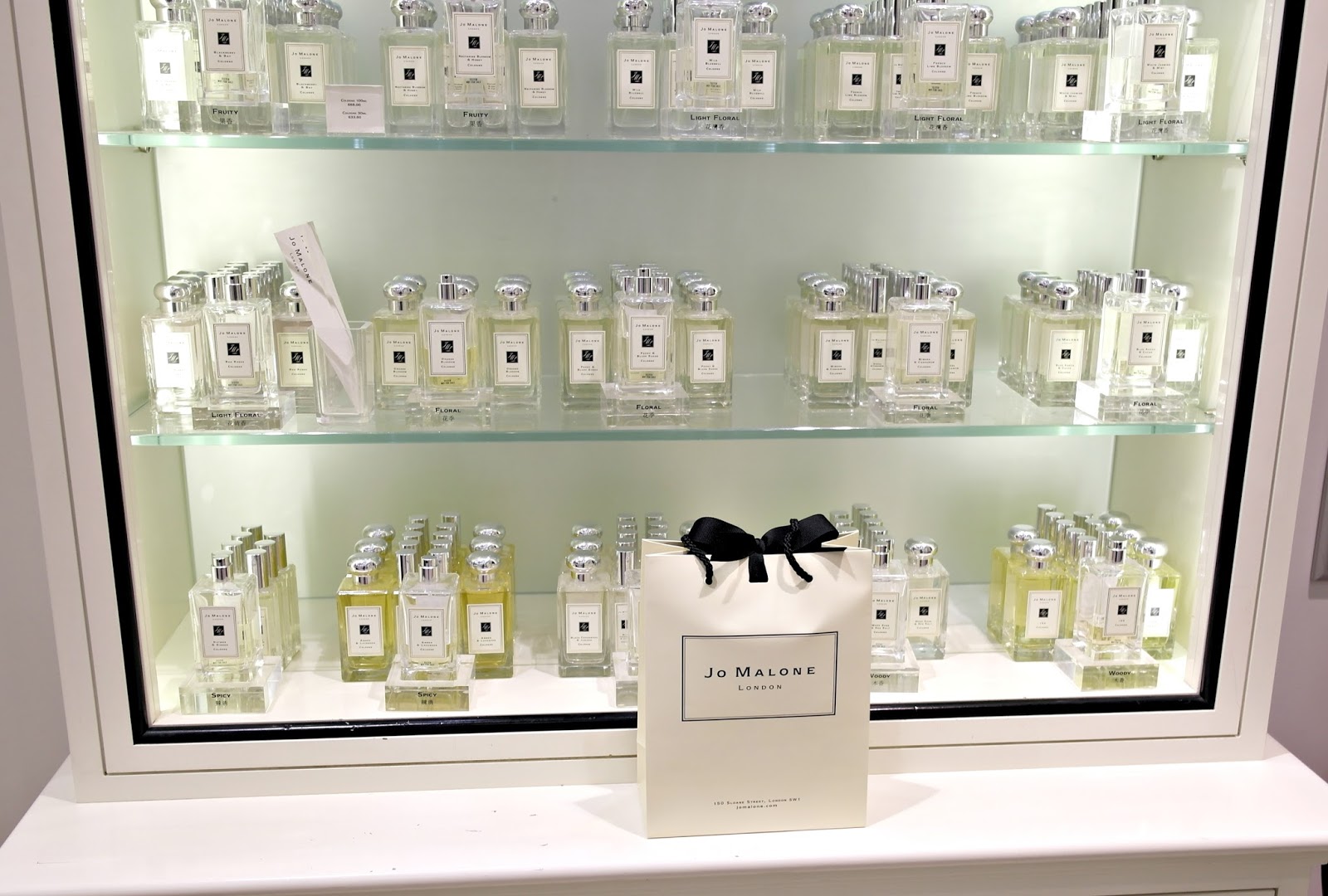 3. I managed to not buy any Lindt chocolate at the airport. Go me.

4. Had another small melt down when I then found out that MAC also did not have the lipstick I was after… But It was all made better when Jo Malone treated me to a lovely hand massage and I purchased my favoutite bottle of Wood Sage & Sea Salt perfume.

5. Split a whole bottle of wine (the mini ones) over Chloe and me on the flight. At this point Chloe started to realise how clumsy I am.

6. The wine got replaced by a nice glass of champagne – thanks Virgin! 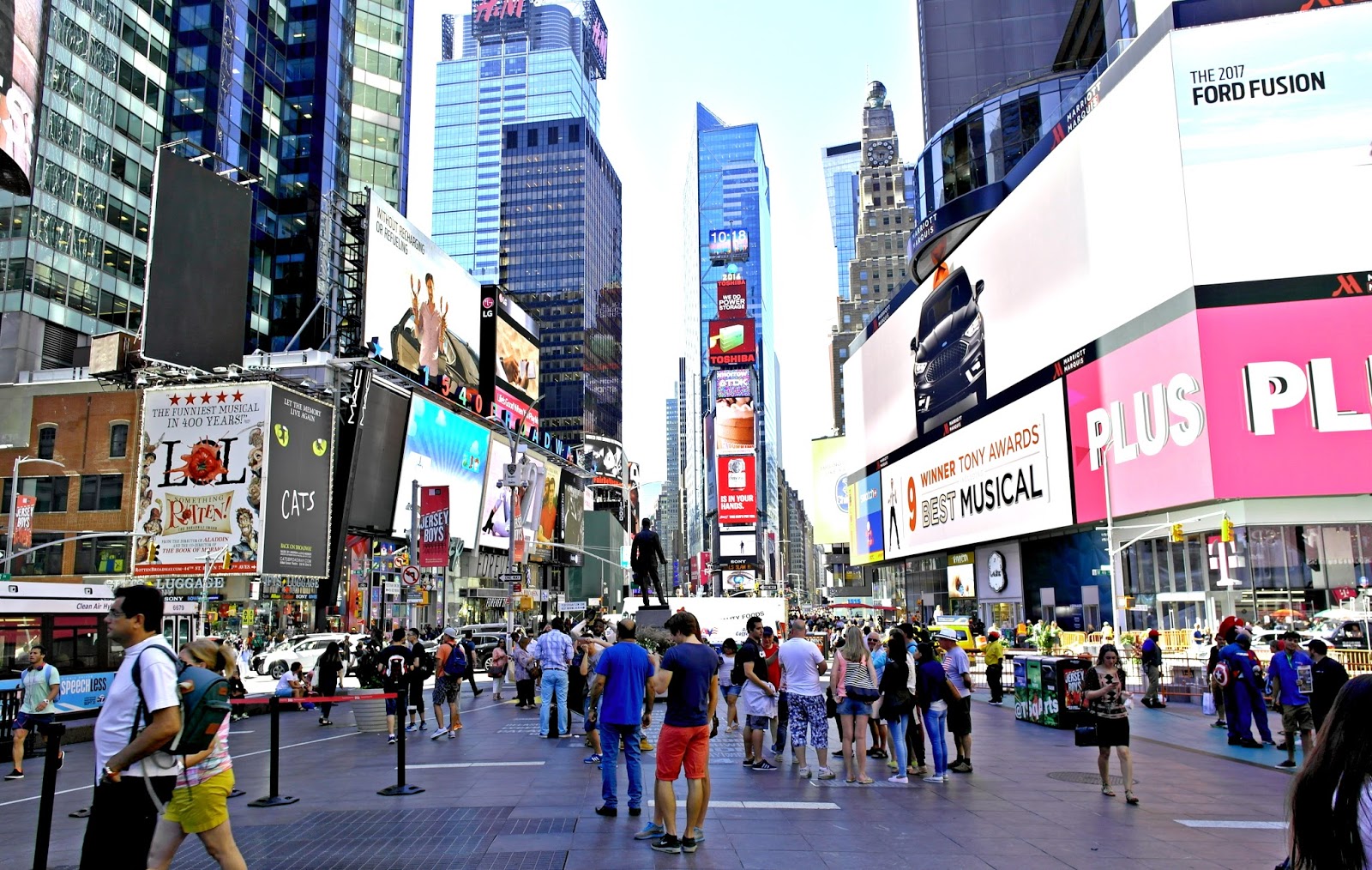 7. Walked to Times Square which was about 1 minute from out hotel and WOW it was amazing. Never seen lights like it!

8. Went to the top of the Rockefeller Centre and stared in amazement. What a city! 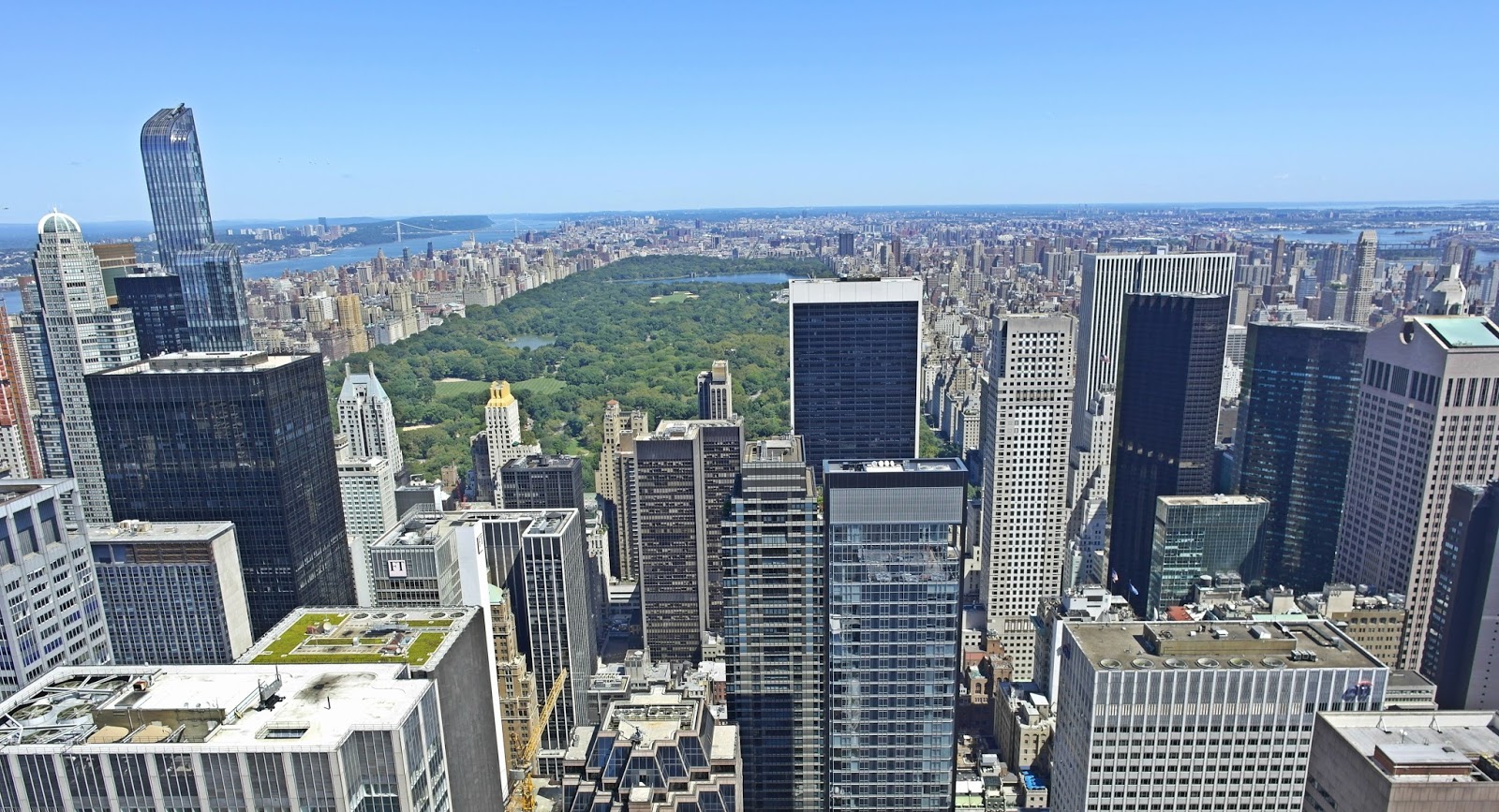 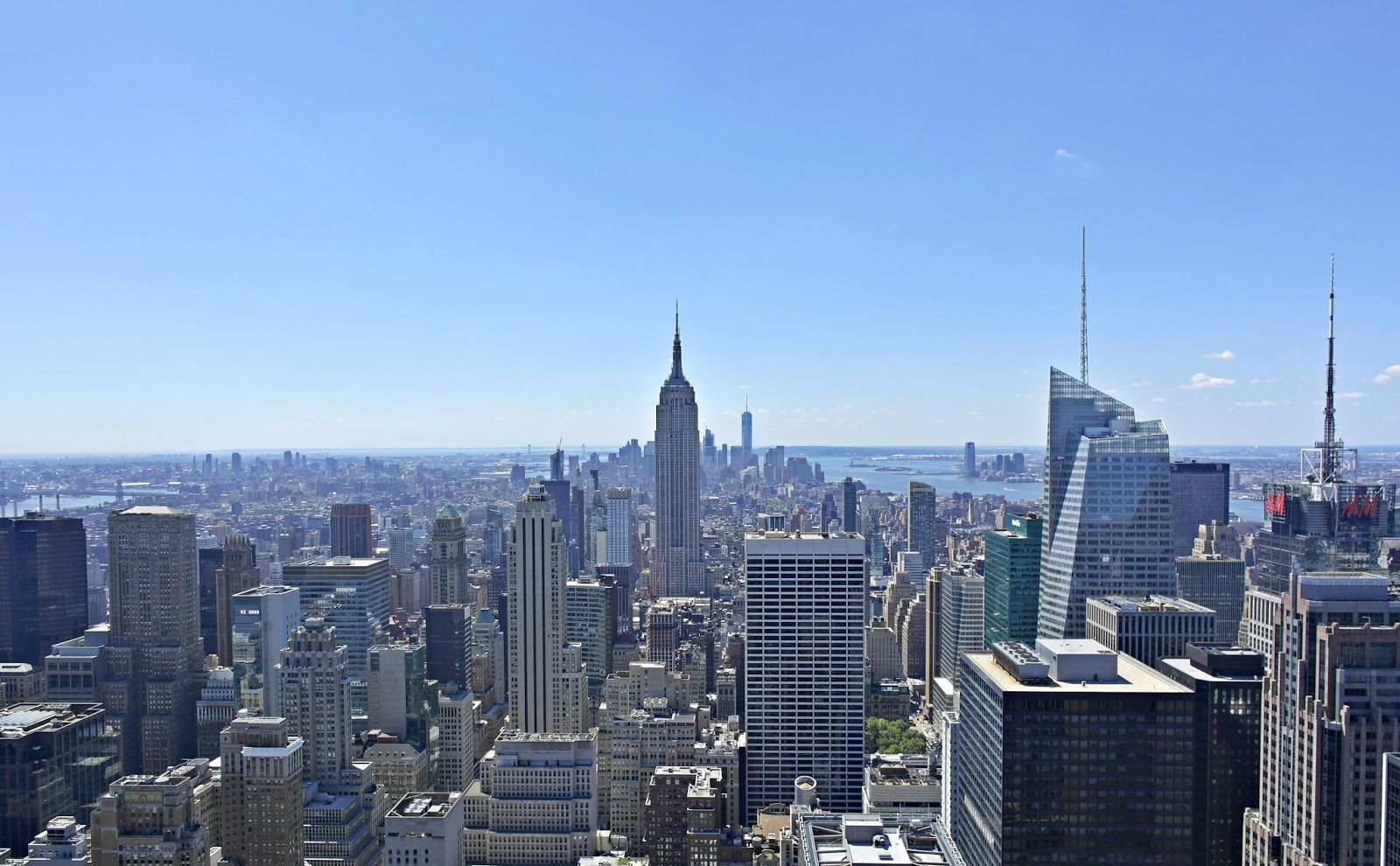 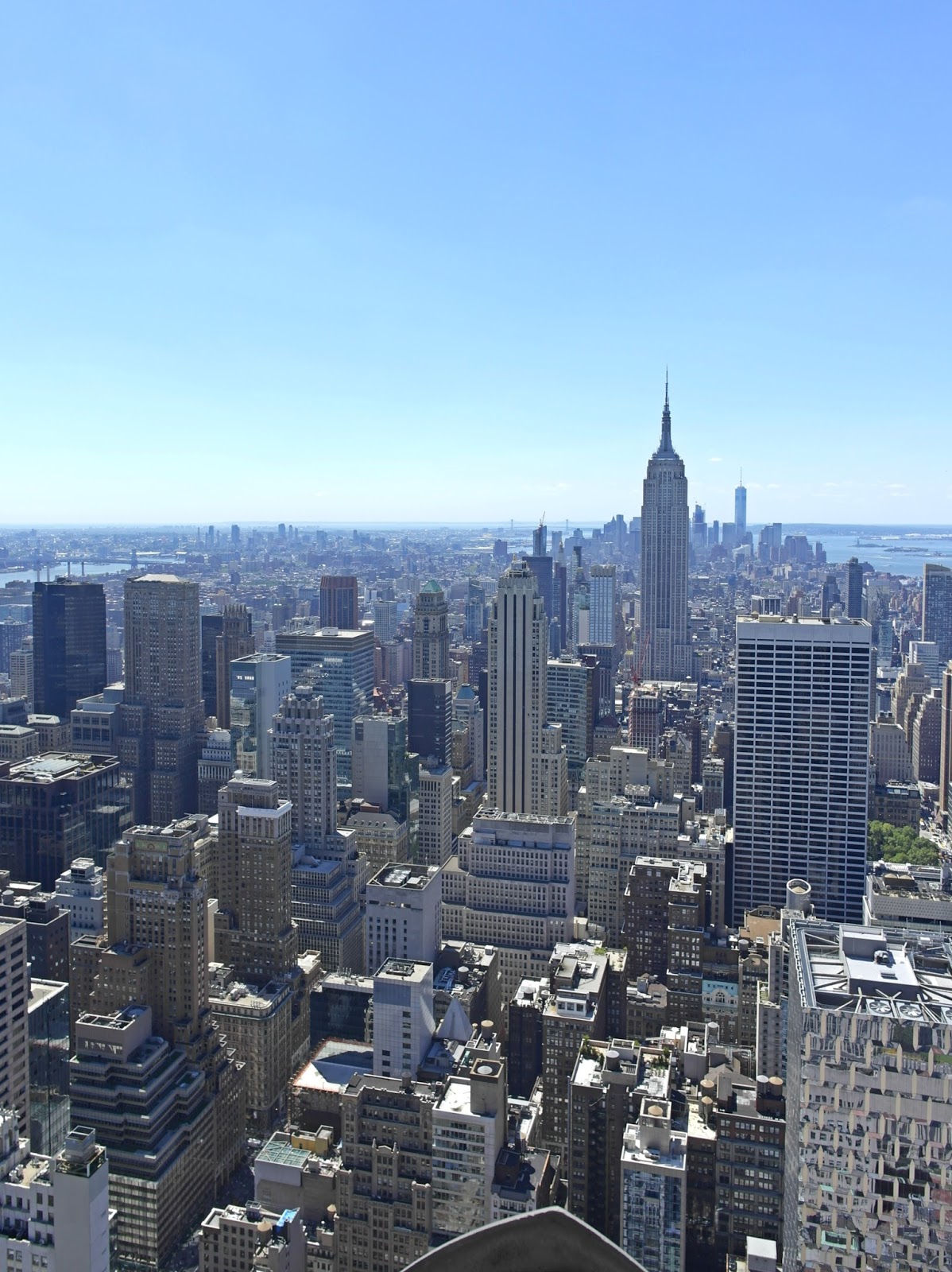 9. Had a guided pedicab tour round Central Park. That is the way to do it! We saw where celebrities live and where loads of famous films were made. Our guide was fantastic and stopped to take photos of us. He even said I could ride his pedicab but Chloe was too scared for her life!

10. Threw my silk maxi dress in the bin because in typical Leah style I managed to burn a large hole in it with an iron just before we were due to go out. Thank god I had a back up outfit, and this people, is the reason why my case is always heavy – I come prepared! 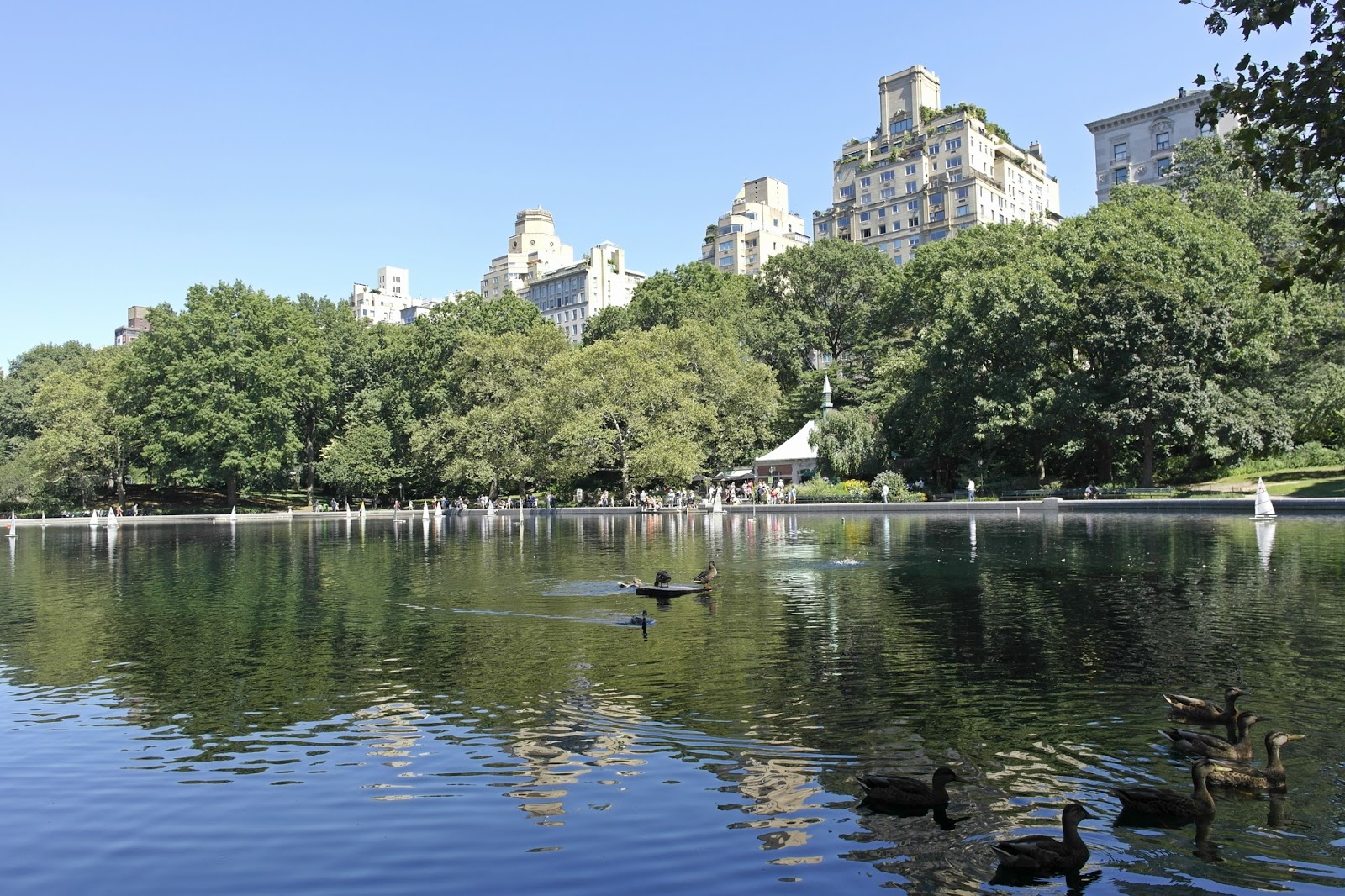 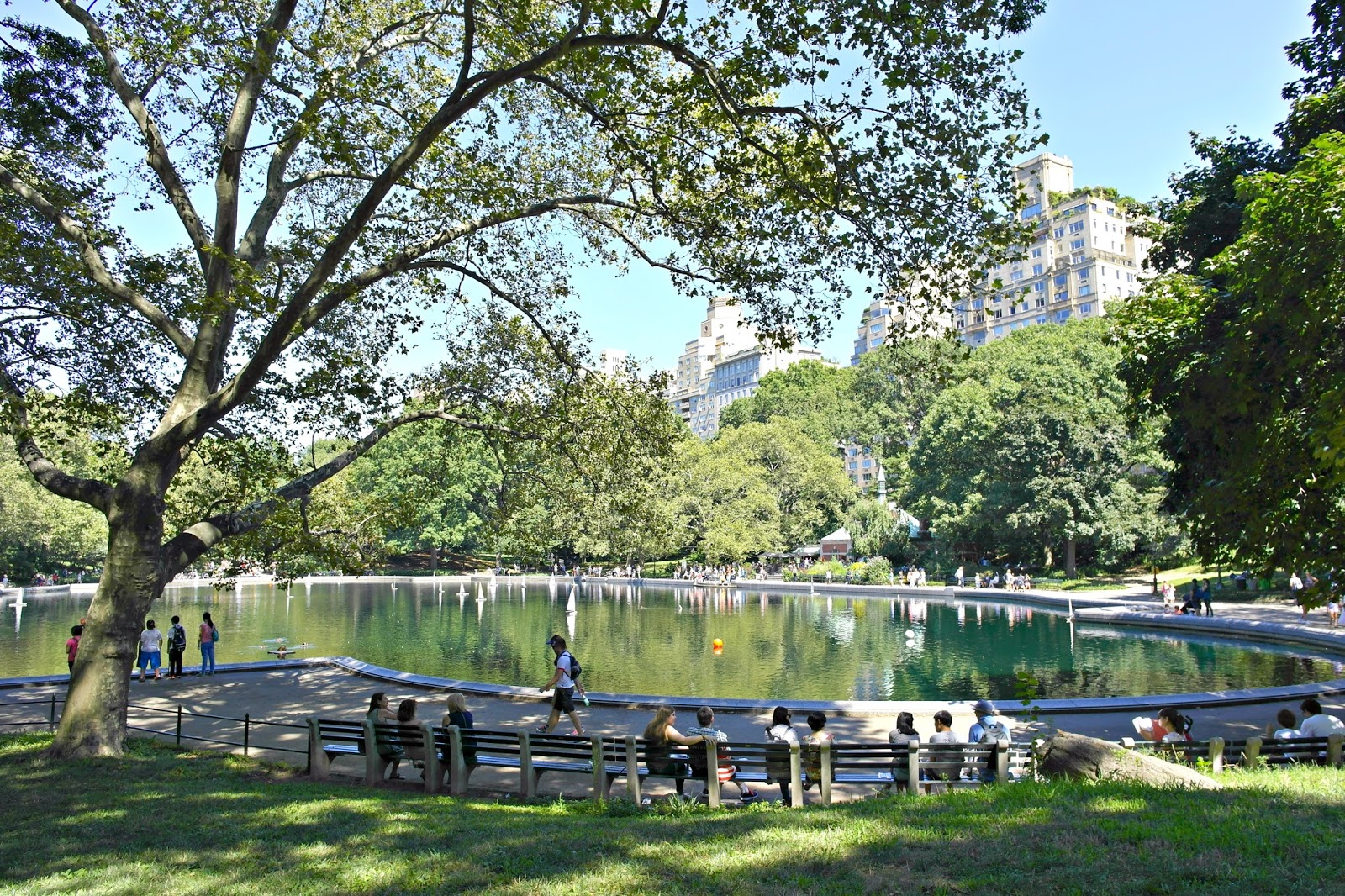 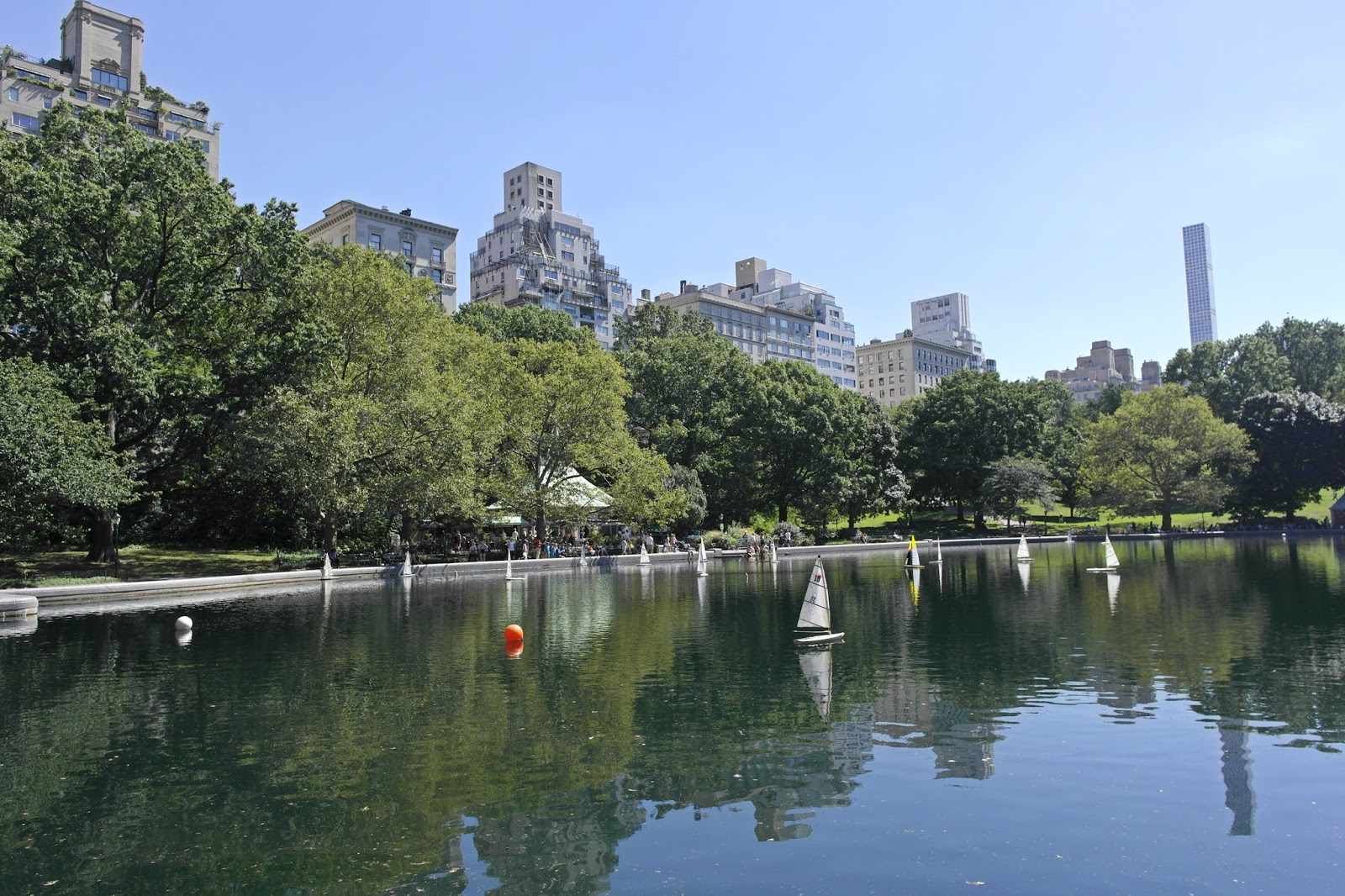 11. Went for dinner and drinks at Gallow Green which is a rooftop lounge with a garden vibe to it. Annoyingly I didn’t get any photos of it – but Google it or click on the link above to take a look.

12. Had breakfast at the Hard Rock cafe. 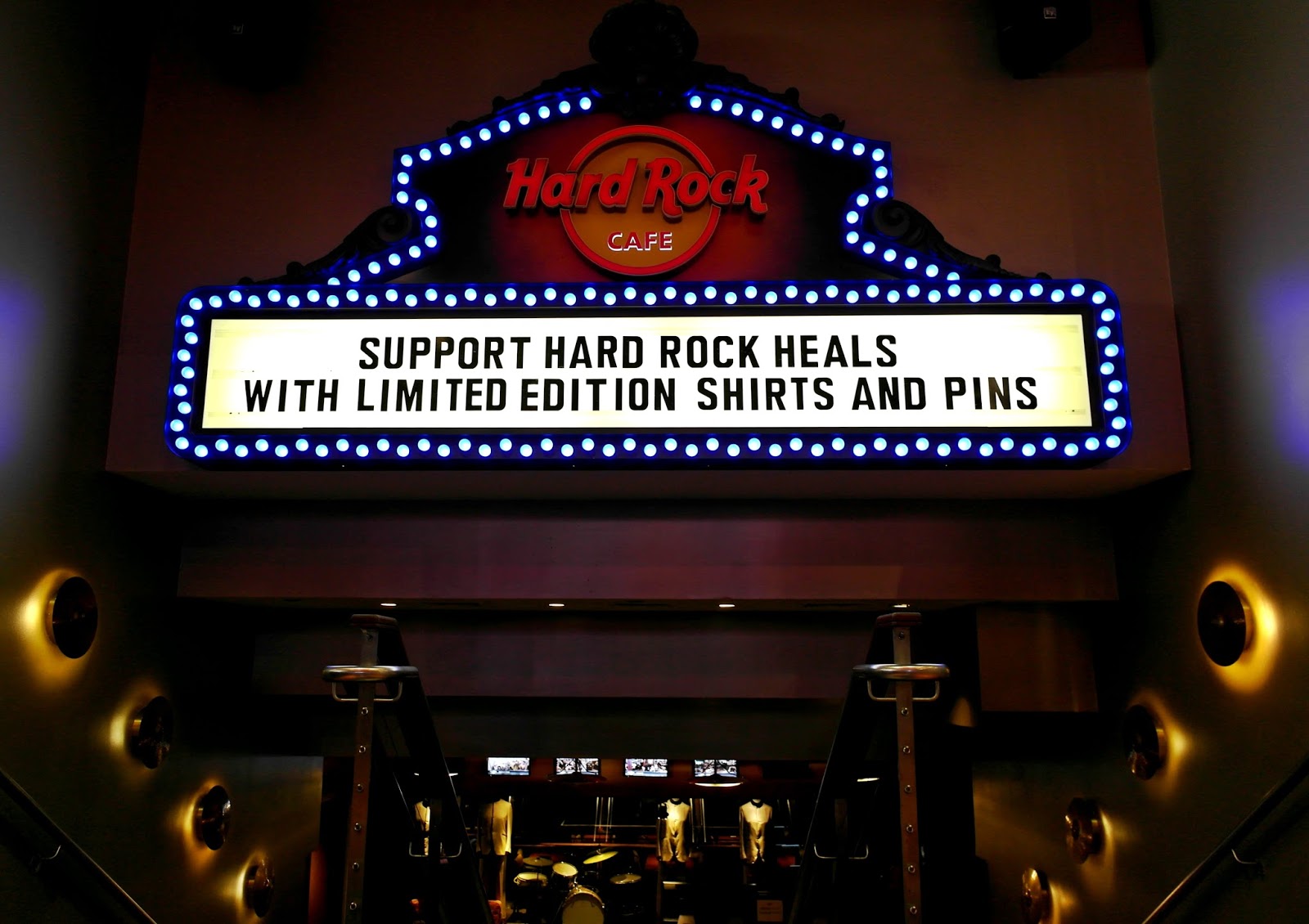 13. Walked across the Brooklyn bridge which took some time as Chloe and I took so many photos.

14. In Brooklyn we ate pizza in a traditional New York deli counter. 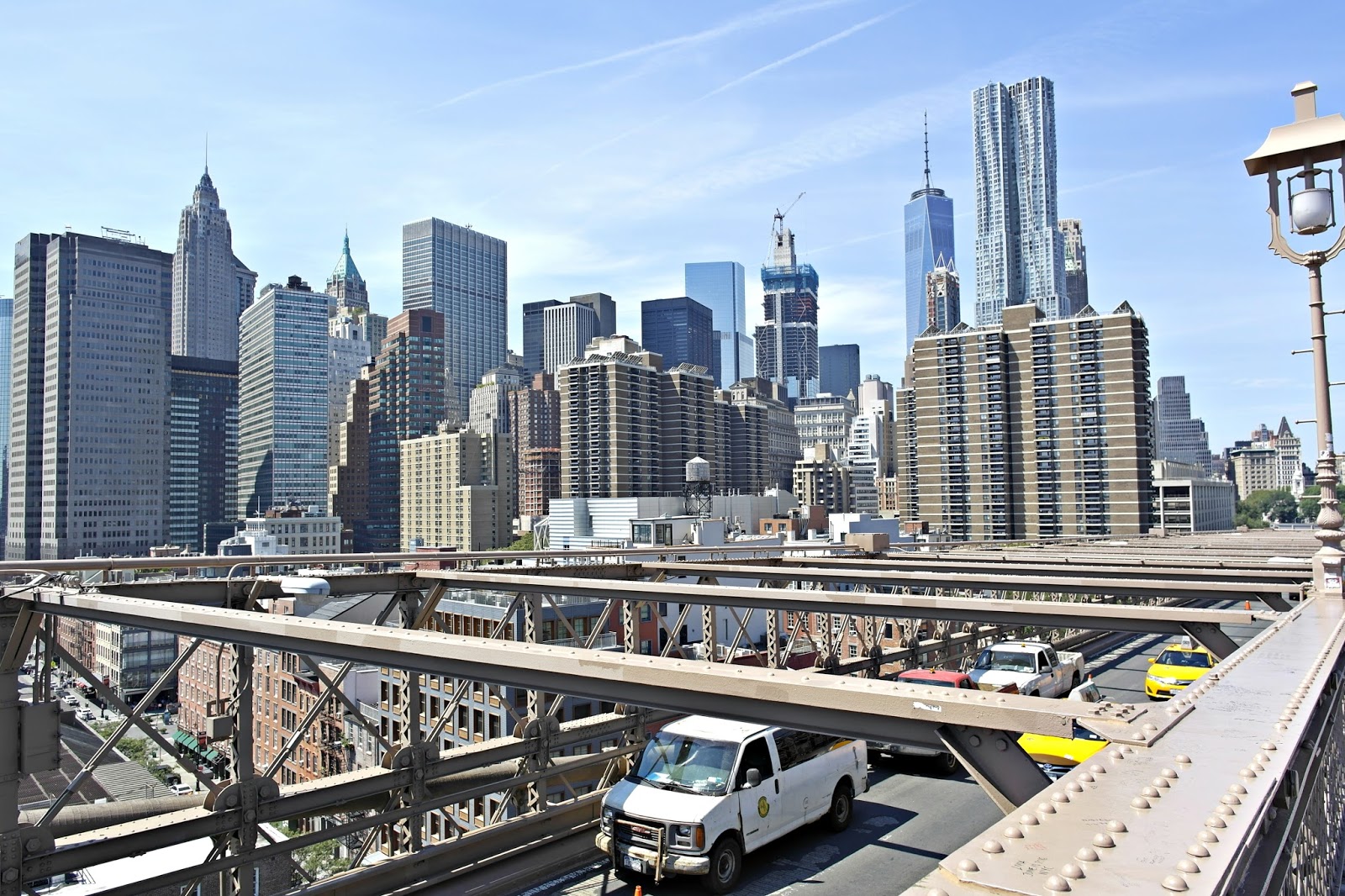 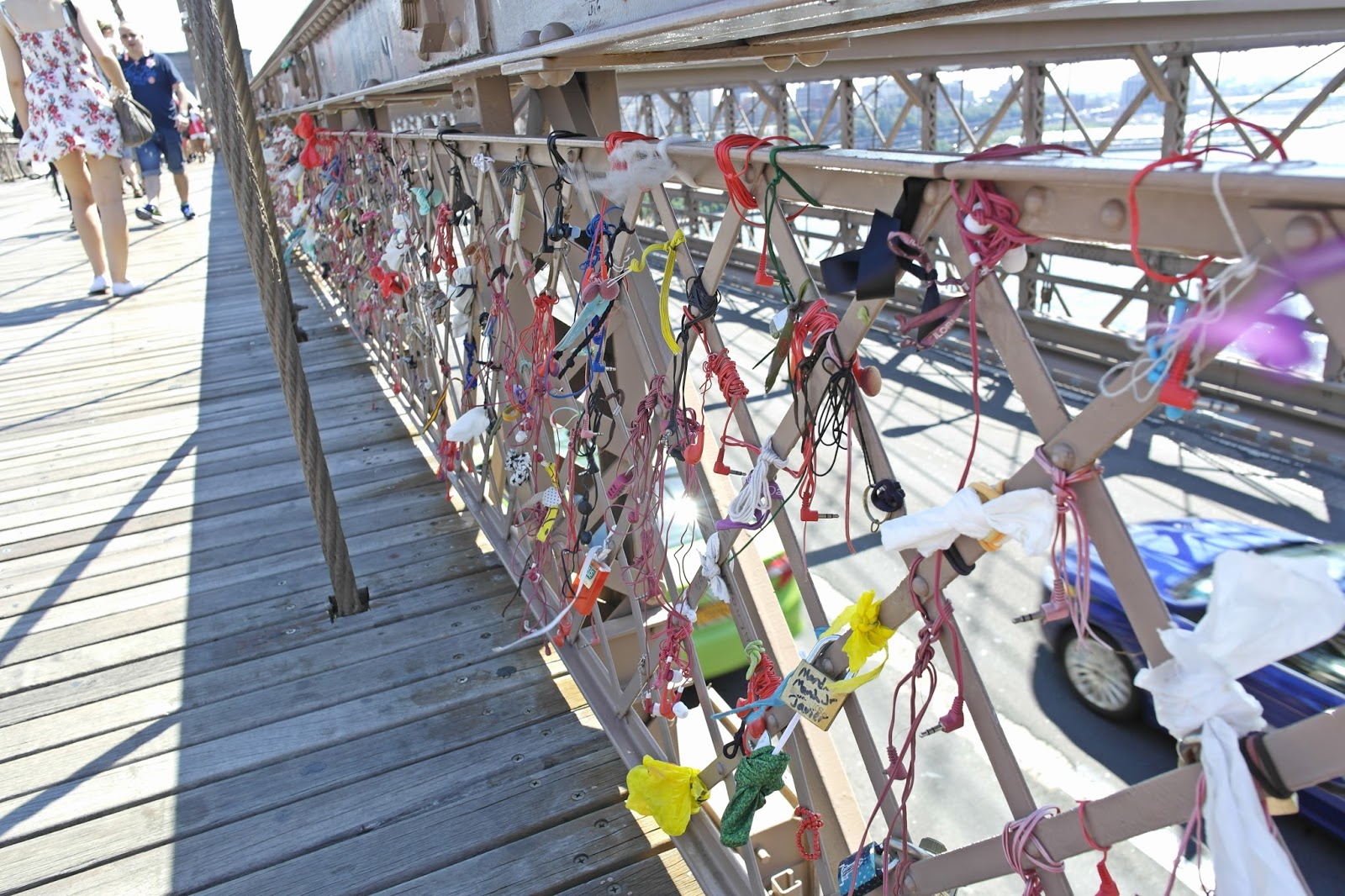 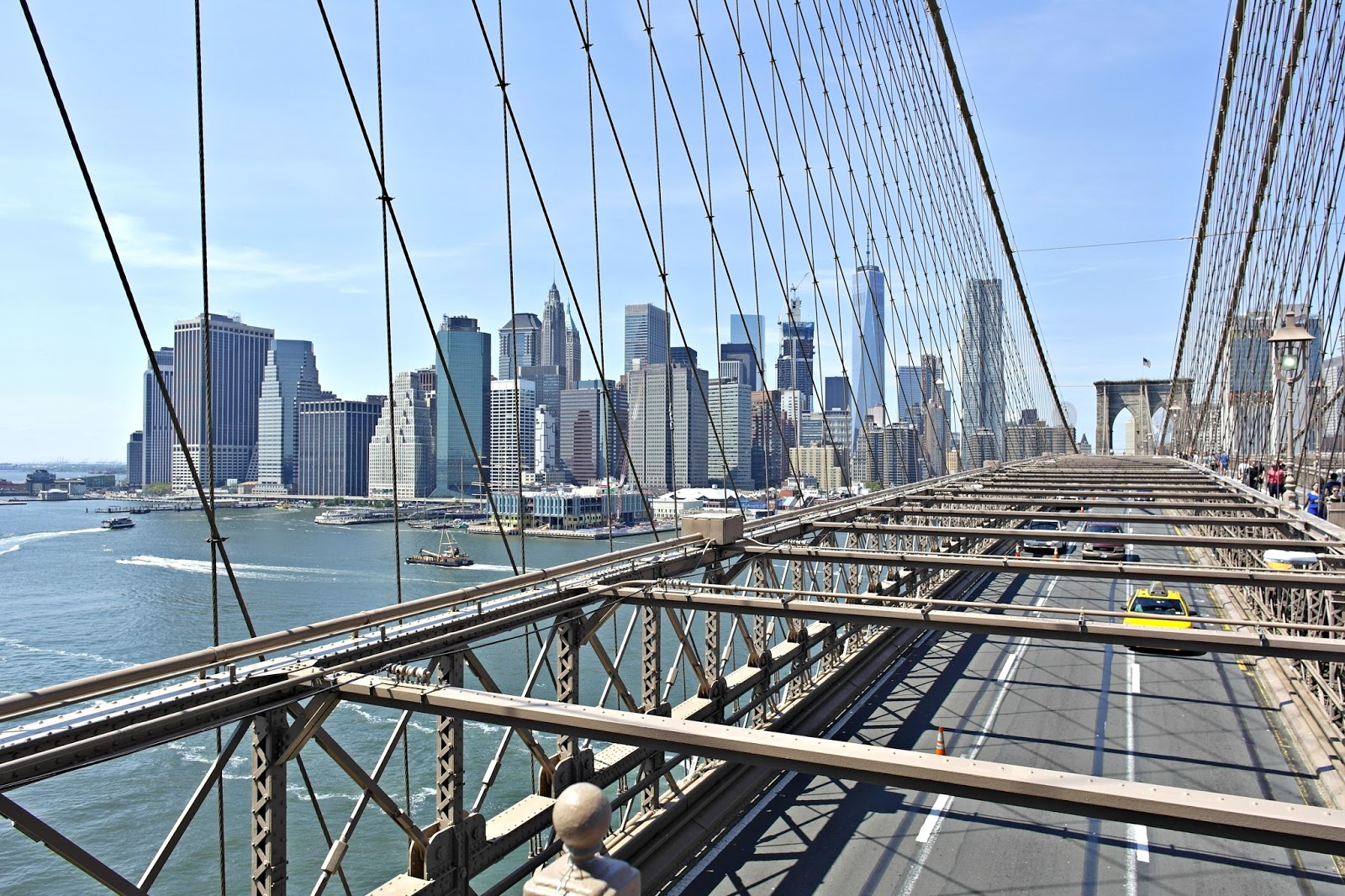 15. Lost Chloe in a 4 storey Forever 21 for almost an hour! I was like a worried parent and put out SOS messages on Twitter.  Her phone had no battery so I could not contact her either. I only found her when I had to get two security guards in the shop to hunt her down. I had to show them videos of her on my Snapchat so they knew what she looked like and what she was wearing! I can laugh about now. I didn’t at the time….

16. Chloe complained about how small our bedroom was to the hotel – no word of a lie my bathroom at home is bigger than the room we had, so after 2 days they upgraded us to a bigger room. Go Chloe! 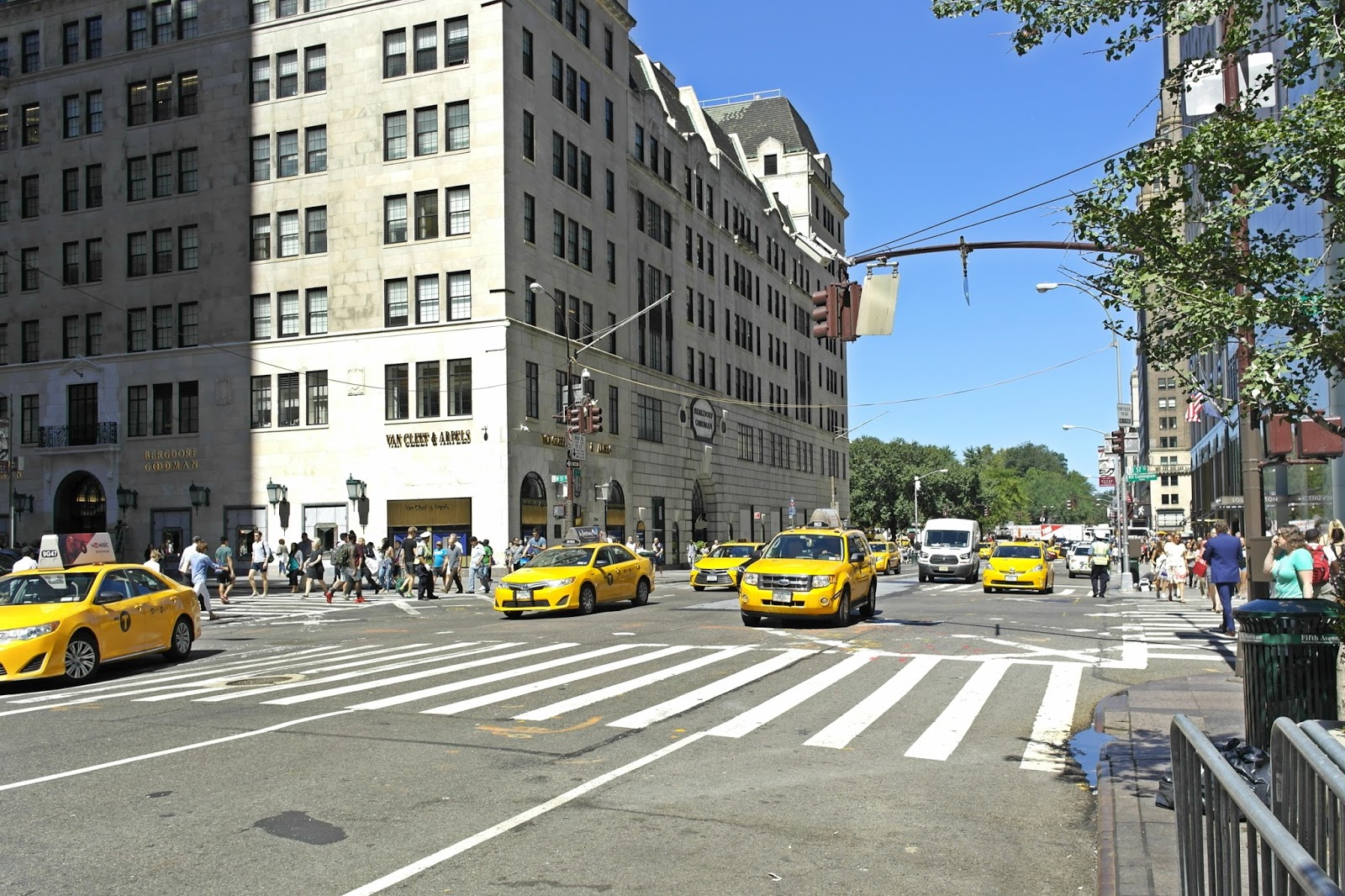 17. Attended the launch of Michael Bublé’s debut perfume launch in the Edison Ballrooms with an after party at the very swish roof top bar 230 5th. I wrote a full post about it which you can read here.

18. Went for breakfast at Ellen’s stardust Diner which is a 50’s themed diner where the staff sing  as they serve you – anything from musicals to Amy Winehouse. 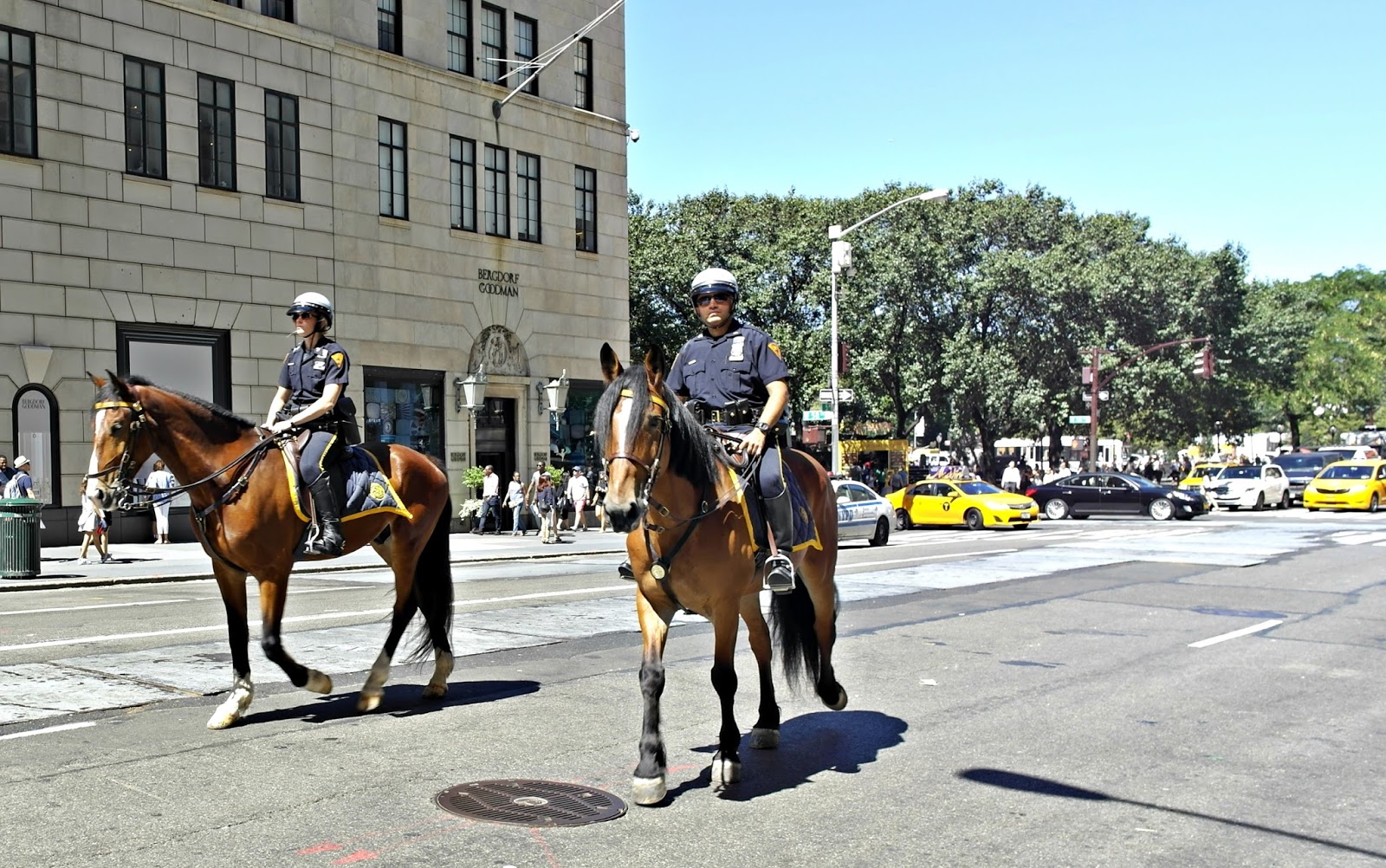 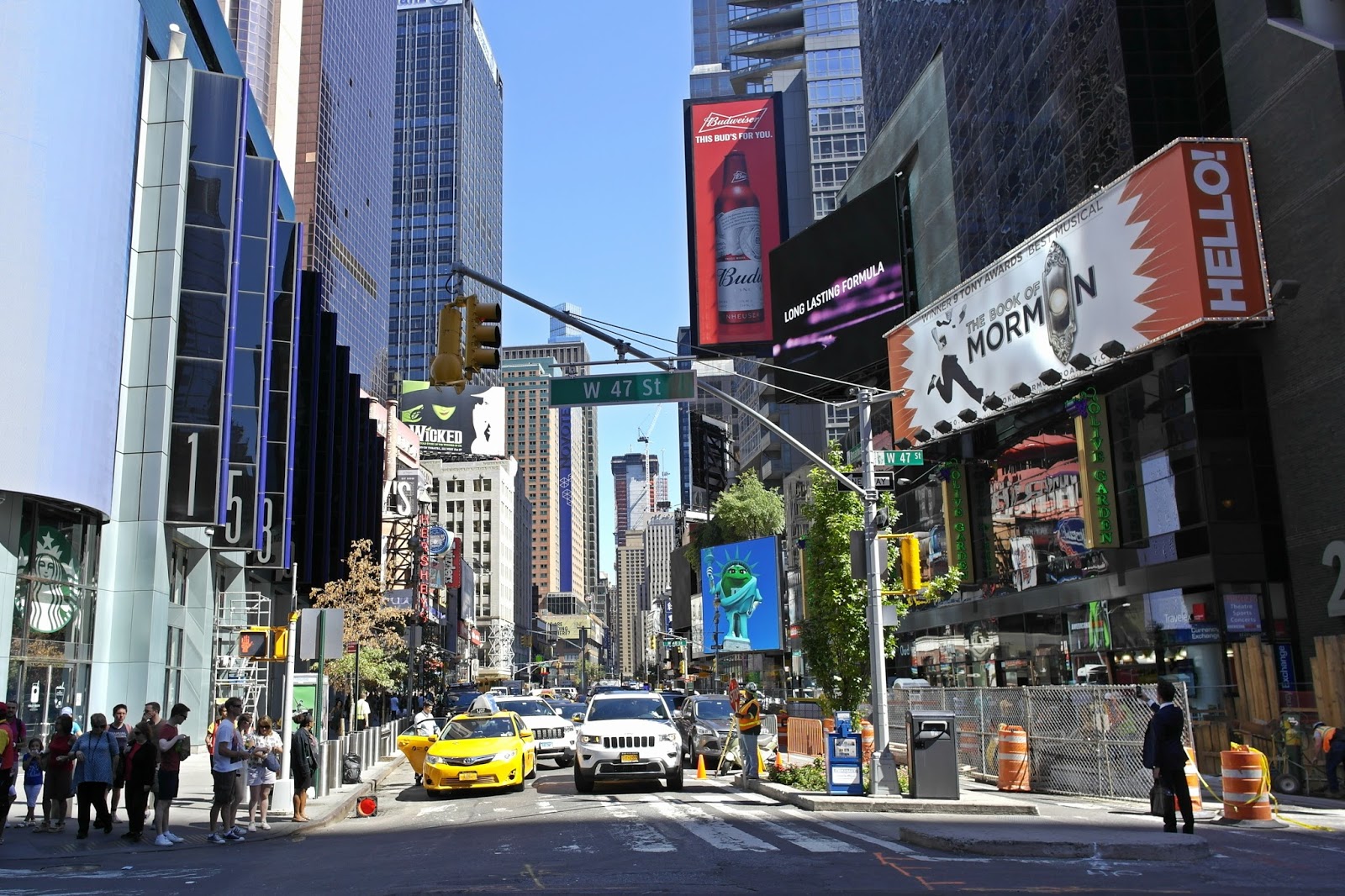 19. Had a banging headache from visiting a diner where they sing at you with a hangover. Not recommended.

22. Got complimented about my pink hair about 546 times. Ok, so that’s an exaggeration but it was a lot!! They went crazy for it in New York. 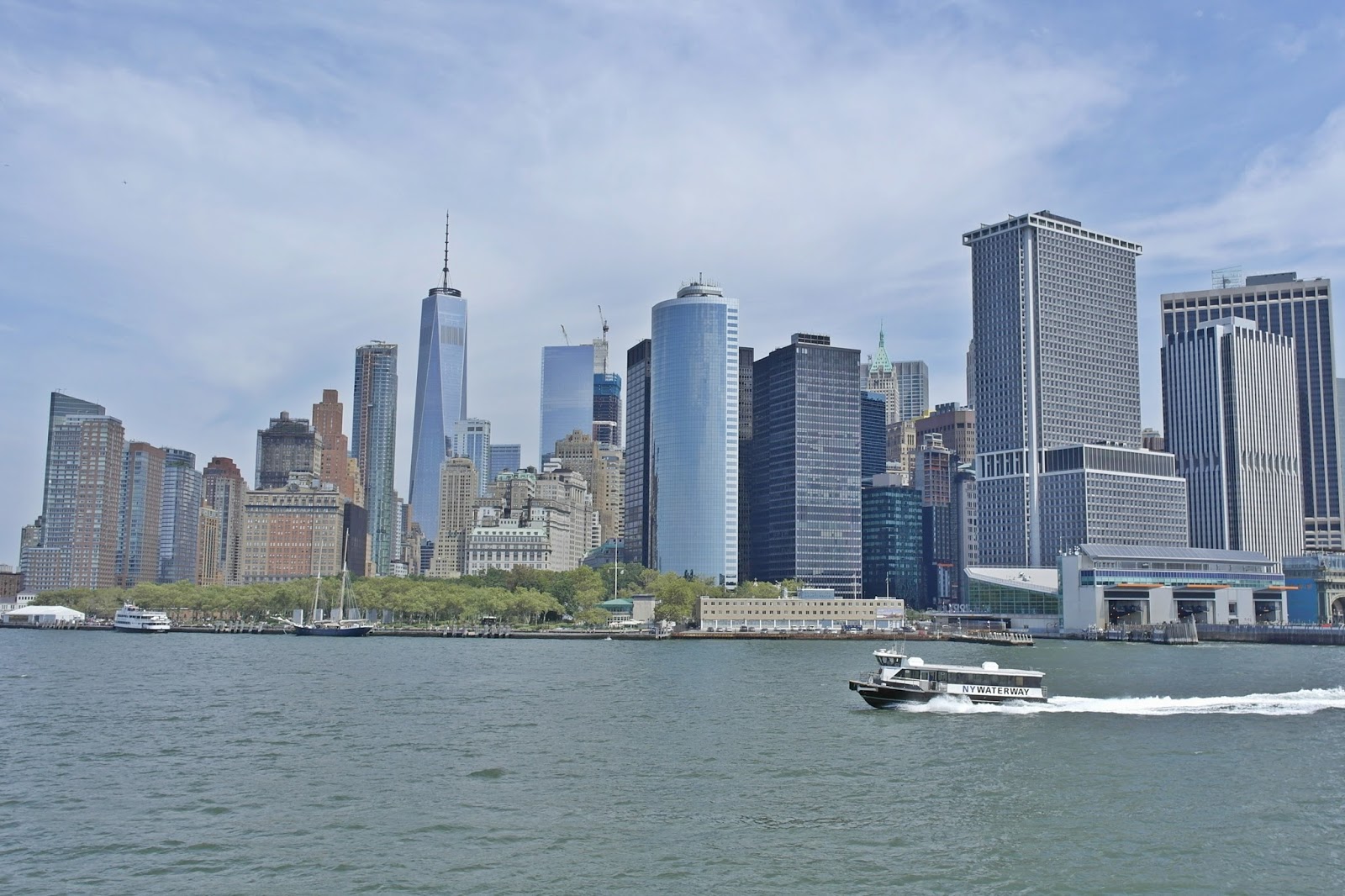 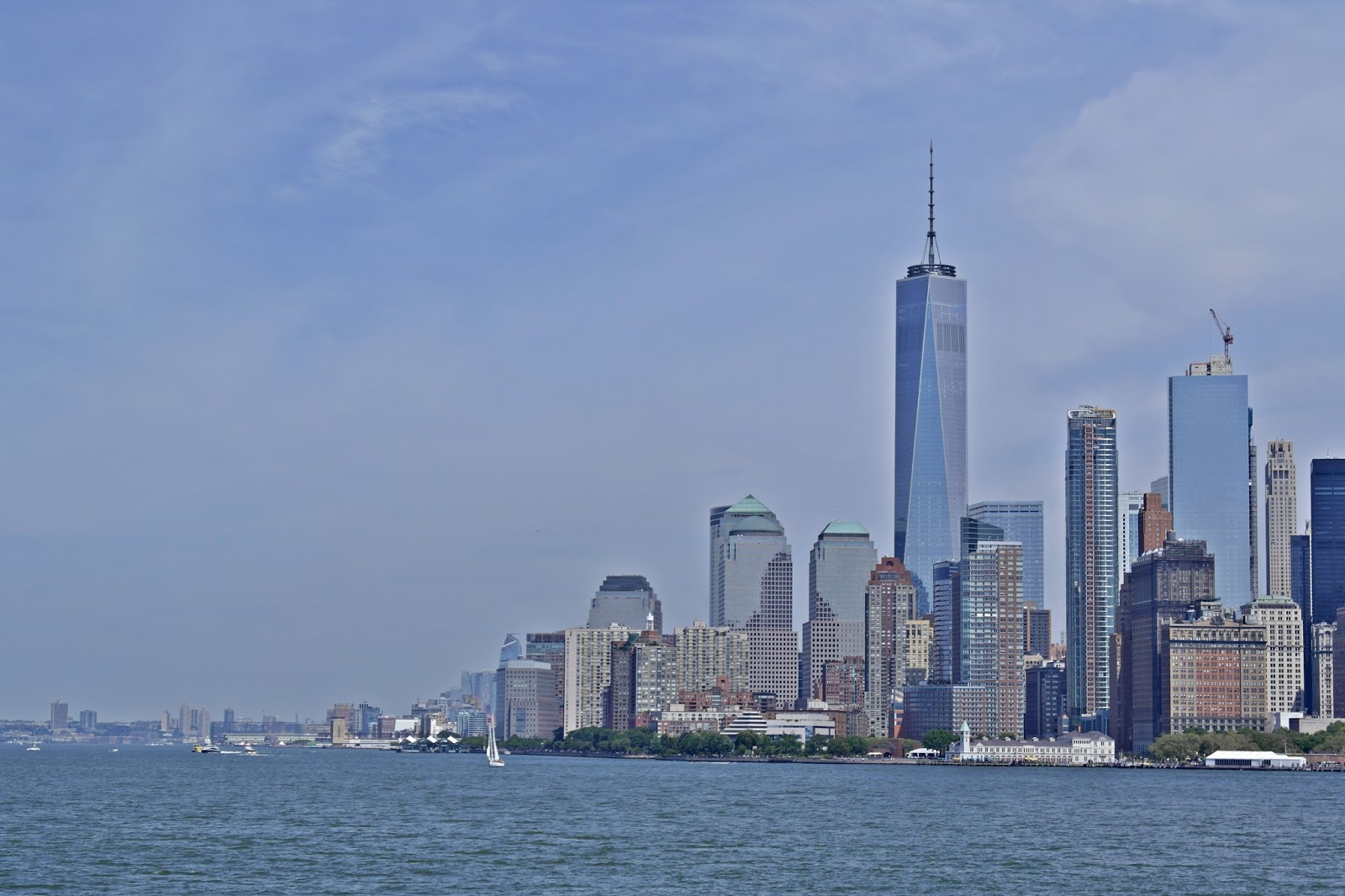 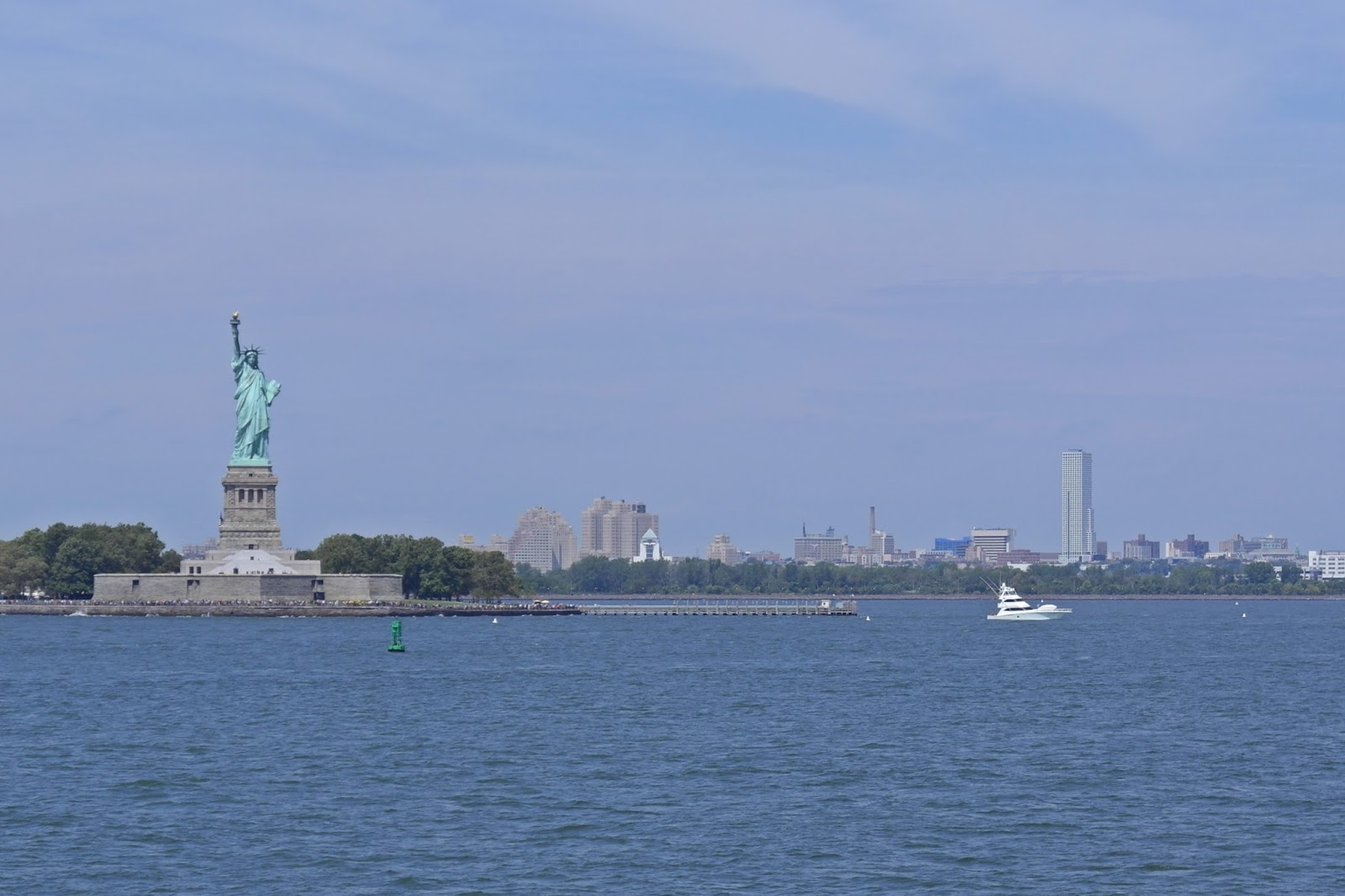 24. Went on the Staten Island Ferry – which was free but had amazing views of the concrete jungle and the statue of liberty. A must if you are visiting New York.

26. Saved myself from the heat with a Starbucks Caramel Waffle Cone Frappuccino! Yum. 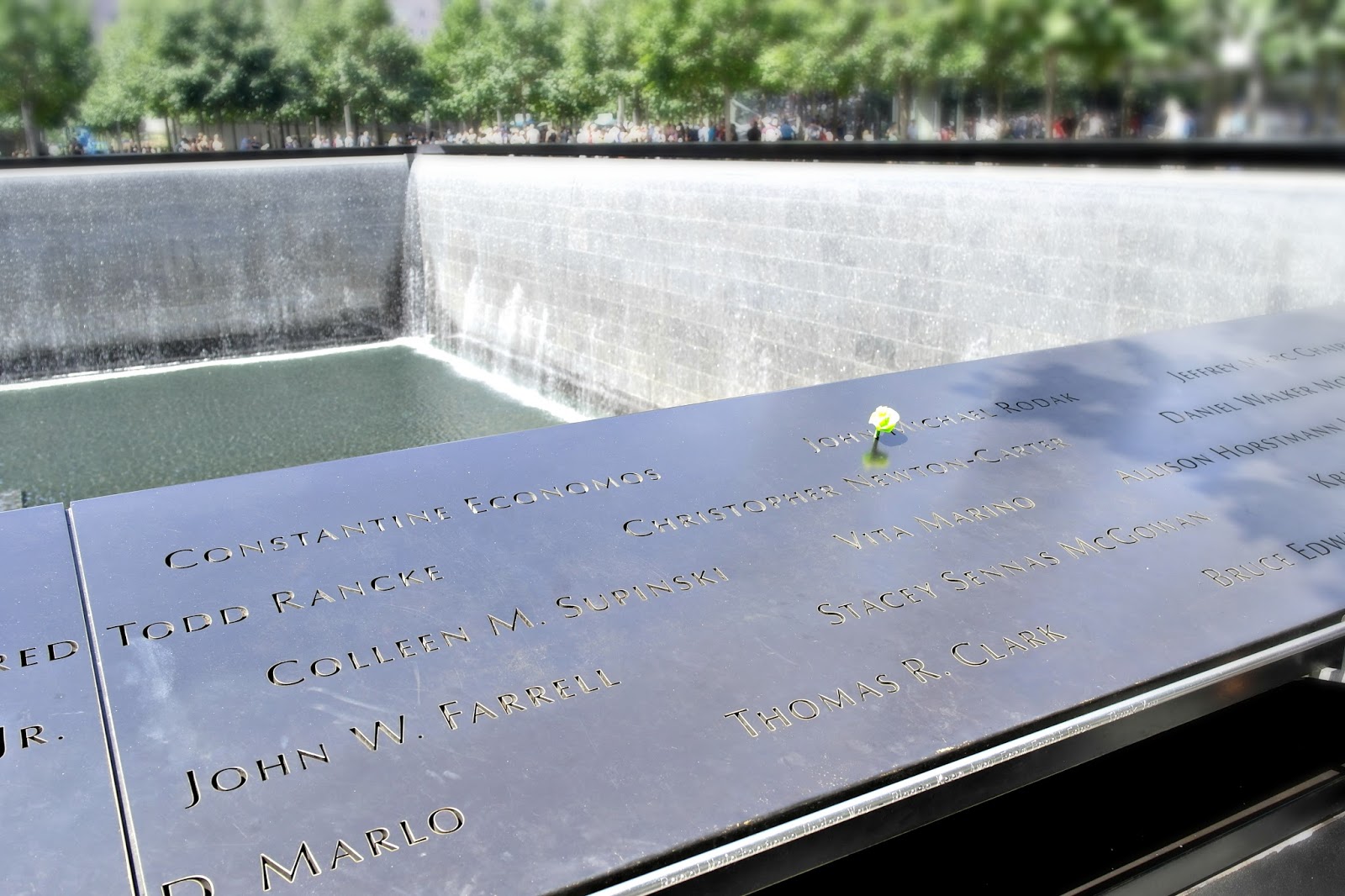 27. Found a restaurant that served alcoholic cocktails and you could create your own burgers with unlimited toppings!

28. Visited Sephora 3 times in 2 days and purchased something each time. Sorry Chloe!

29. Spent a small fortune on makeup. 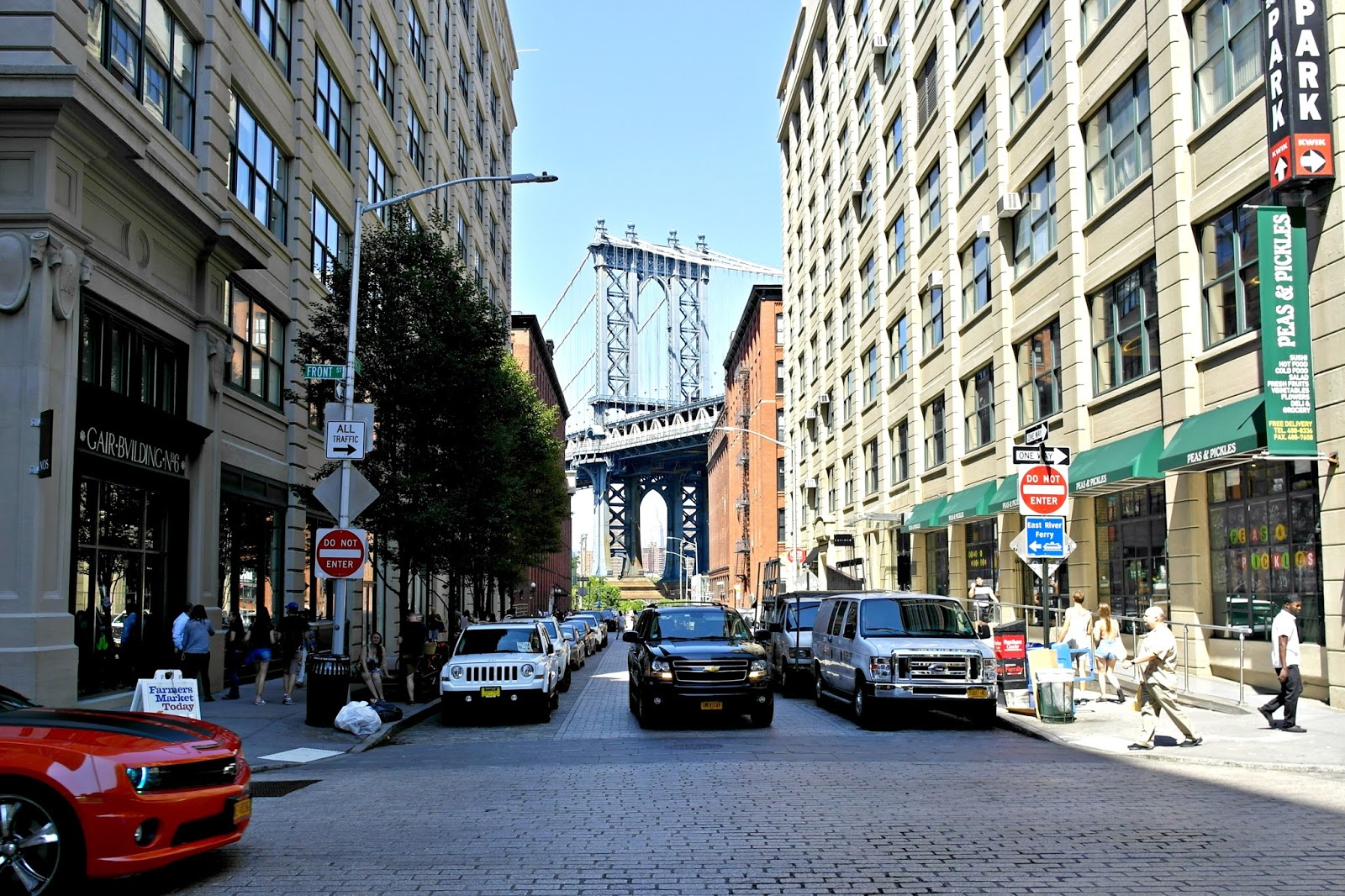 31. Not surprisingly my suitcase was 1.7 kg over the allowed weight limit at the airport on the way back.

33. Sat on my own on the flight back (I had to fly back early for a wedding) and reminisced about what an amazing holiday I had with with such an awesome friend, and although I knew the holiday was over I had created memories that will last forever.

Despite all the photos that was a very quick snap shot of what I got up to in New York which I hope you enjoyed….I already want to go back…. I heart New York!