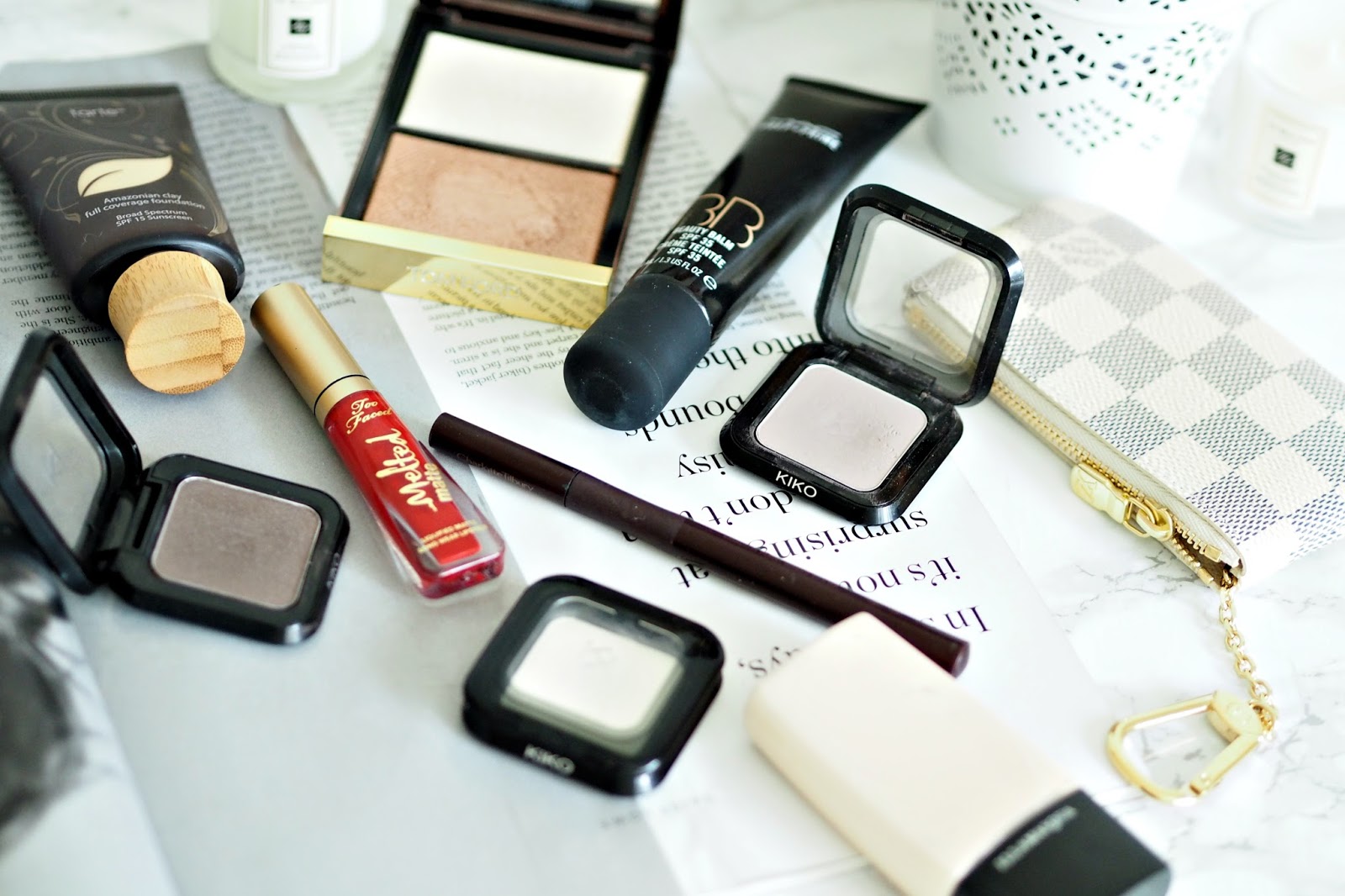 As much as I try and keep this blog a positive place (that sounds so cliche now, doesn’t it!) I’m also proud to make it very honest and I love that so many of you follow me that reason. For me there is nothing more disappointing than saving up some hard earned cash, getting excited and going out to buy some makeup you’ve had your eye on, only to be disappointed once you’ve bought it and slapped it on your face. So I thought I’d help you out and let you know about the makeup that for me, have not lived up to their hype! Bear in mind that three of these products are face products which will vary on how they perform based on skin type. 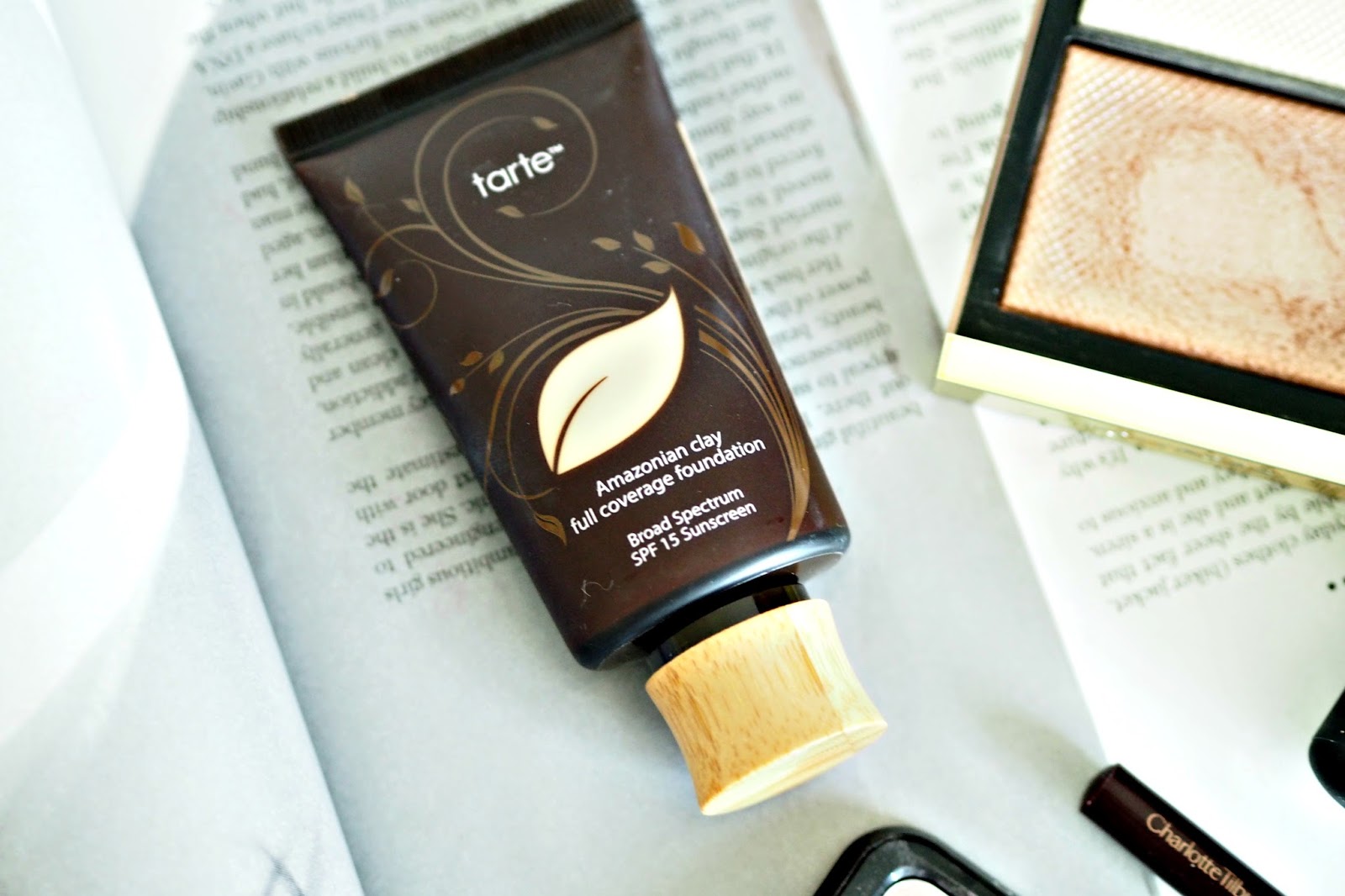 I bought the Tarte Amazonia Clay foundation in Sephora in New York and I think it cost me around £26. The first problem I had was the colour match. I picked up the lightest shade (with yellow under tones) that Tarte offered, which was ‘Fair Sand’ and it’s still too dark for me (I’m usually MAC NC10). I was still hoping that I could get away with it on days when I had just fake tanned but unfortunately this formula is a no go for me. I find the Amazonina Clay foundation goes very patchy and sinks into my fine lines and wrinkles making them look worse than they are. I also found that it wasn’t as full coverage as I liked with one application, and when I tried to build it up it just looked really cakey due to its matte finish. I didn’t get on with this foundation but it will all depend on your skin type as I know some bloggers love it! 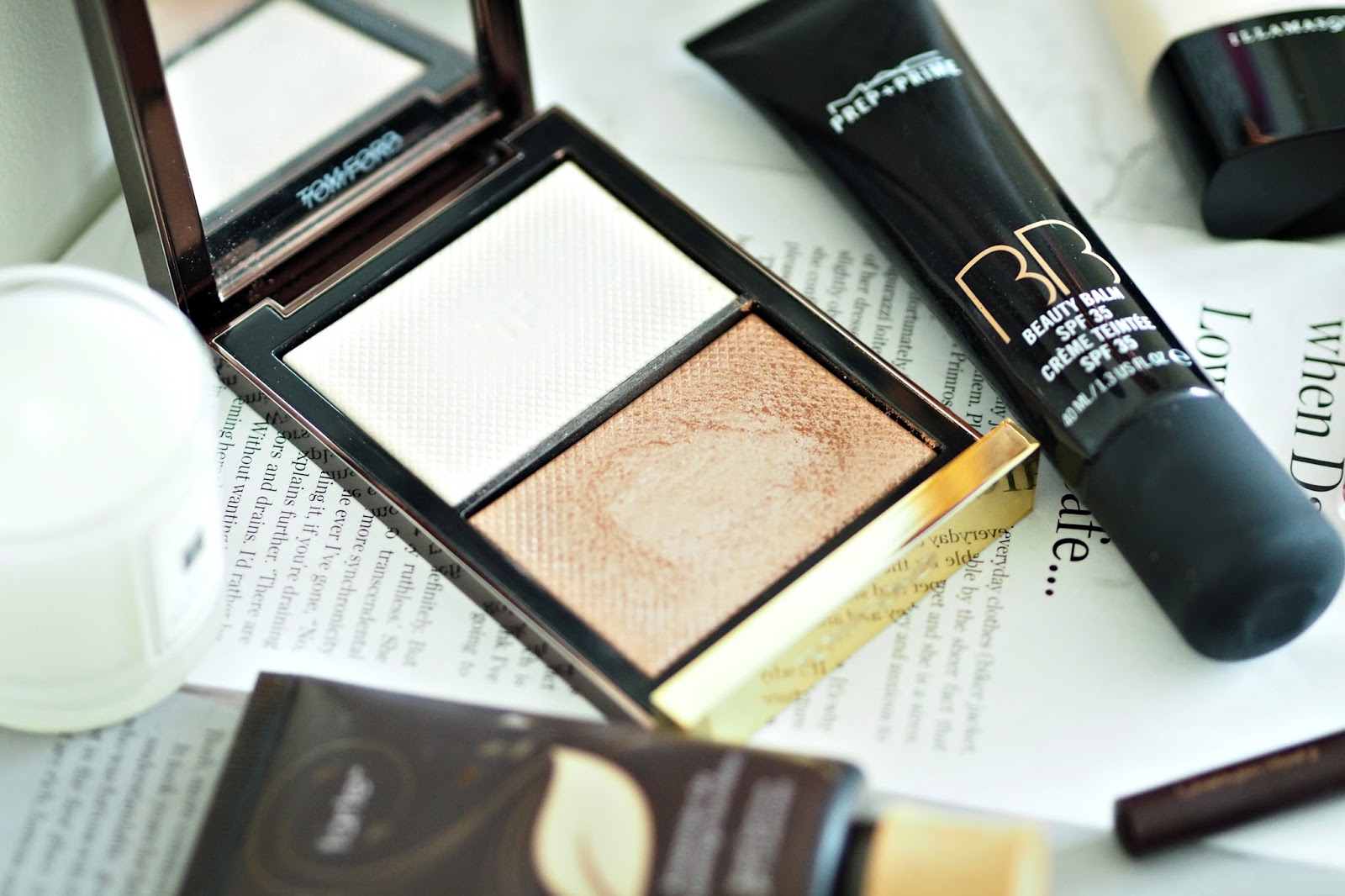 I bought the Tom Ford Skin Illumination powder duo at Heathrow and it was very much an impulse buy. I don’t own many Tom Ford products but as it’s one of the most expensive makeup brands out there, and it has an amazing reputation I thought I couldn’t go far wrong with anything I picked up. Well I was wrong…. Although this swatched nicely in Heathrow the white highlighter colour just isn’t pigmented enough for me to reach for. These photos don’t do it justice as it looks stunning in real life, but I always find myself reaching for my NYX or MAC highlighters, as this Tom Ford one comes no where close to their pigmentation. The brown powder has a lot sheen to it – far too much sparkle to be used as contouring powder (yes I did just say that) and too dark to be used as a highlighter on my skin tone. I must learn to curb my impulse buys as this one cost me £56! 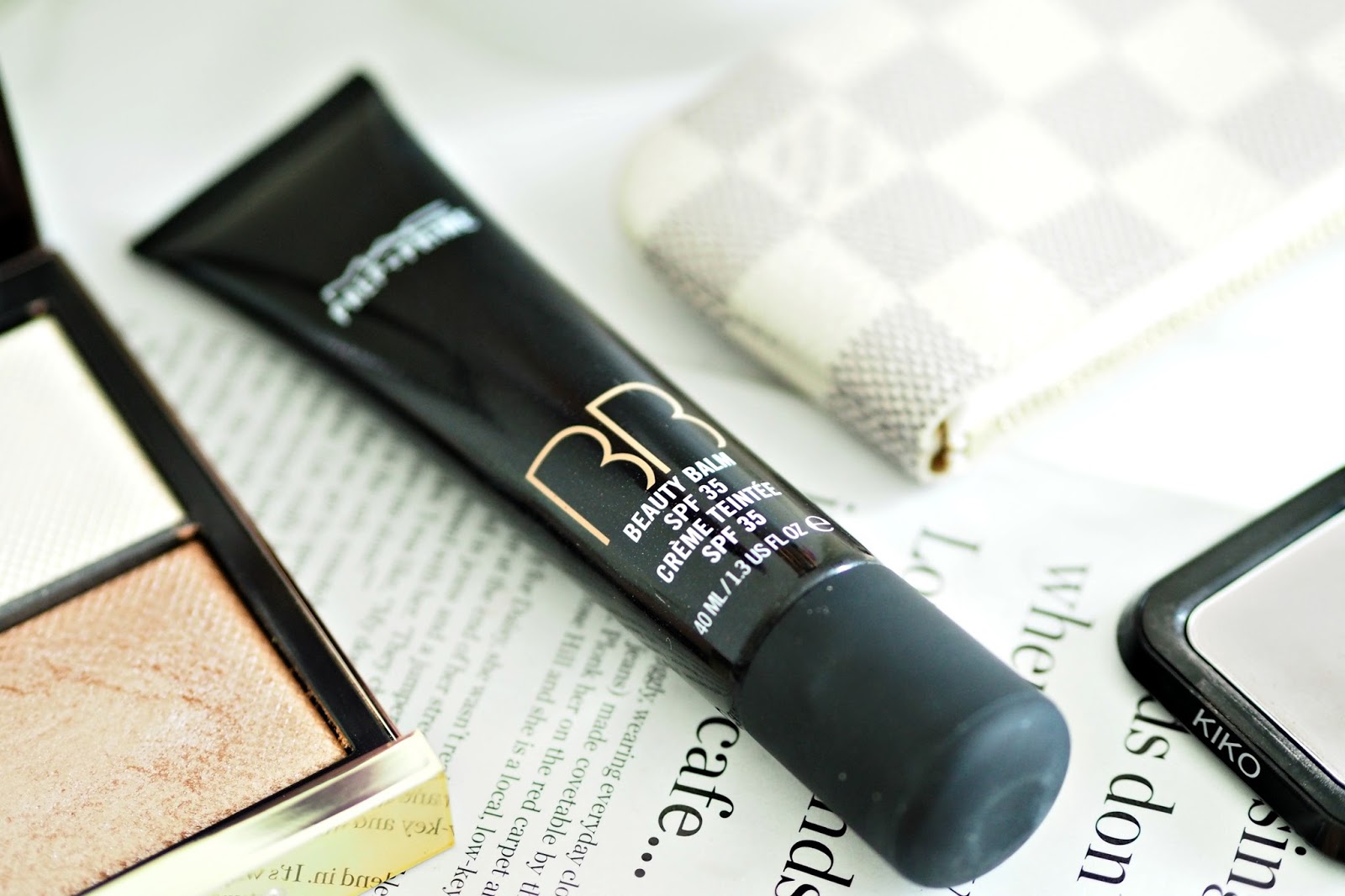 I’ve always been a huge lover of MAC and in my eyes MAC can do no wrong. Their packaging may be dull but their quality is always amazing – that is until I tried the MAC Prep & Prime BB Beauty Balm. I wanted a product that I could quickly whack on my face like a cream and dash out the door when I was in a hurry so I at least had a little bit of coverage, rather than go bare faced.  Well this product is so bad that I would rather go bare faced – so that says something! This product claims to blur imperfections, control oil and even out skin tone. I wouldn’t say this gives little coverage, I would say it gives no coverage yet at the same time it dries really streaky and is incredibly oily. It basically does the opposite of what it says on the tin! Plus it needs to be applied with a foundation brush/ sponge so takes no less time than applying regularly foundation. I’ve finally found one product of MAC’s I don’t like – I suppose no one is perfect, hey – not even MAC. 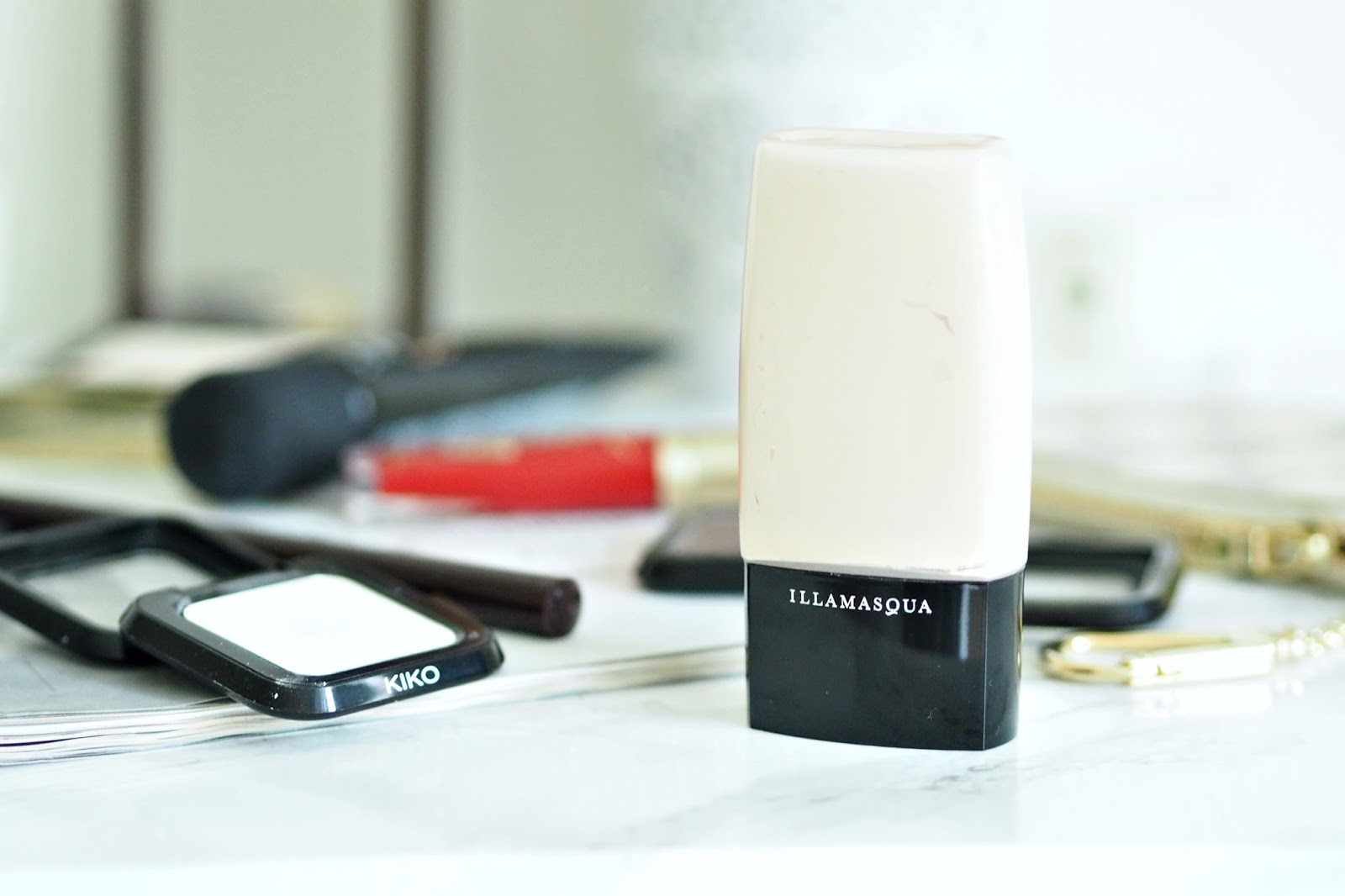 On my eternal quest to find a foundation pale enough for my Casper skin (that isn’t MAC) Illamasqua was recommended to me on multiple occasions so I decided to give their Rich Liquid Foundation a go. The colour wasn’t far off what I needed, but it was still a teeny weeny too dark. I know you can buy their whitening foundation which you add to it to make it even paler, but I’m glad I didn’t invest in that too as I did not get along with this formula. I found this foundation to be way too oily and even after setting it with powder my face went very patchy. At the same time it stuck to any dry patches I had and highlighted them. Although this foundation is described as very full coverage, again I would disagree and I would say it doesn’t cover my freckles and spots anywhere near as good as my MAC Studio Fix. Unfortunately for me I don’t have one positive for this foundation which is painful considering it cost me £31! As some one who goes crazy for a red lip and owns way too many of them I thought I was going to love this lipstick. Too Faced Melted Matte Lipstick in ‘Lady Balls’ was all over Instagram at Christmas with every blogger raving about it, but I’m afraid I have to disagree…… Don’t get me wrong the colour is beautiful but the formula is so so drying on me. One of the worst matte liquid lipsticks I have tried. I also found it came off fairly quickly in the middle and when I tried to reapply it just went cakey and cracked. I won’t be picking up another Melted Matte Lipstick anytime soon…. FYI.. I do however like the formula of the Too Faced Melted Long Wear Lipsticks. 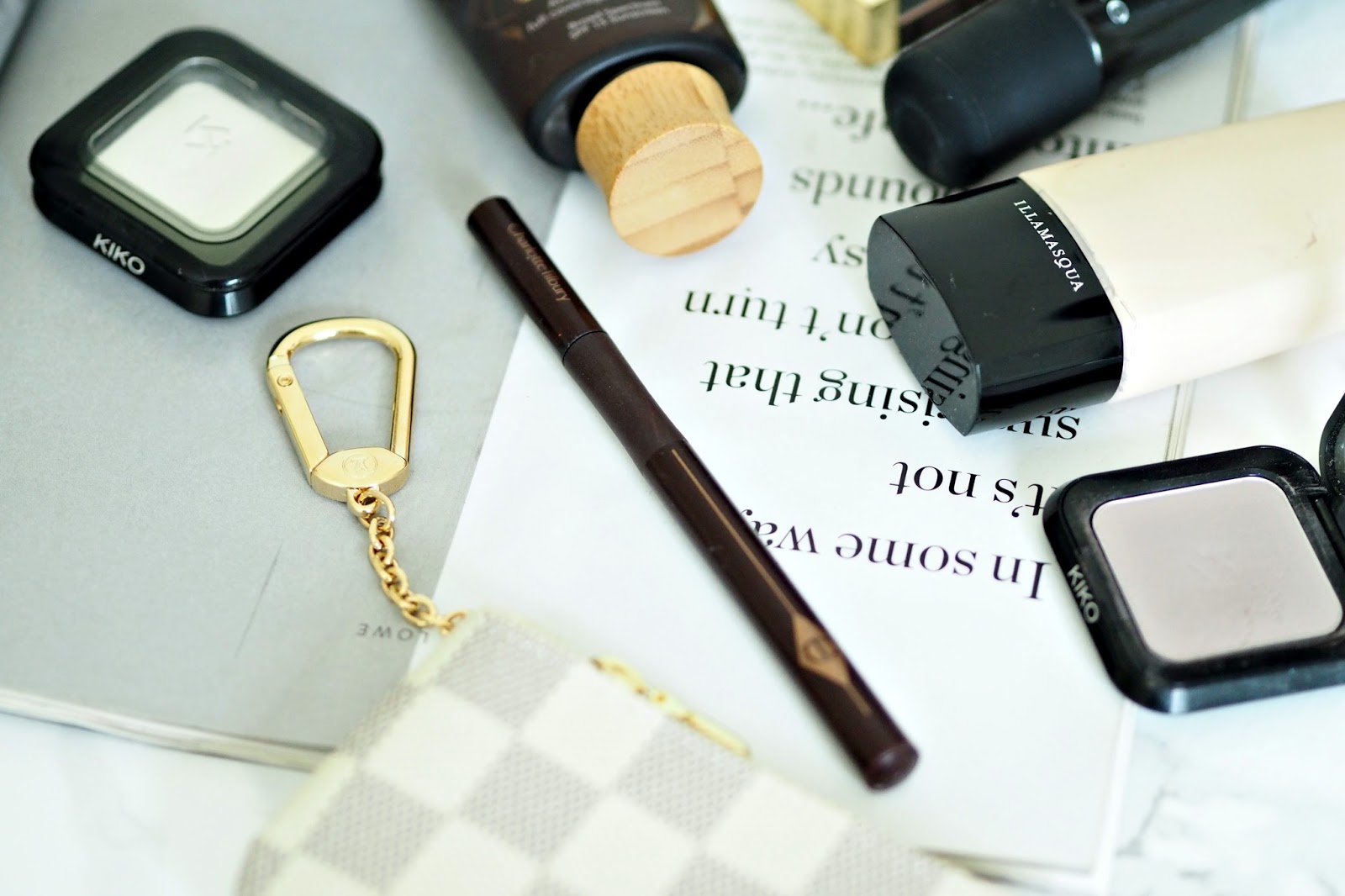 There are so many different types of liquid eyeliner out there and that’s because we all prefer slightly different nibs to apply liner with. The Charlotte Tilbury The Feline Flick eyeliner has a long, fine felt tip type nib which I thought would make application a breeze. I was wrong…..  I found that if you press lightly the line is very thin (brilliant) but then the colour is very faint (not good), but when I press hard it gives the colour intensity I want, but makes the line too thick! Damn it! I tried to press it down hard on the back of my hand first to bring the liquid out but I still can’t get on with it. This sits in my drawer and never gets used….. It’s a no from me on this one Charlotte I’m afraid – or maybe I just got a dud one…? 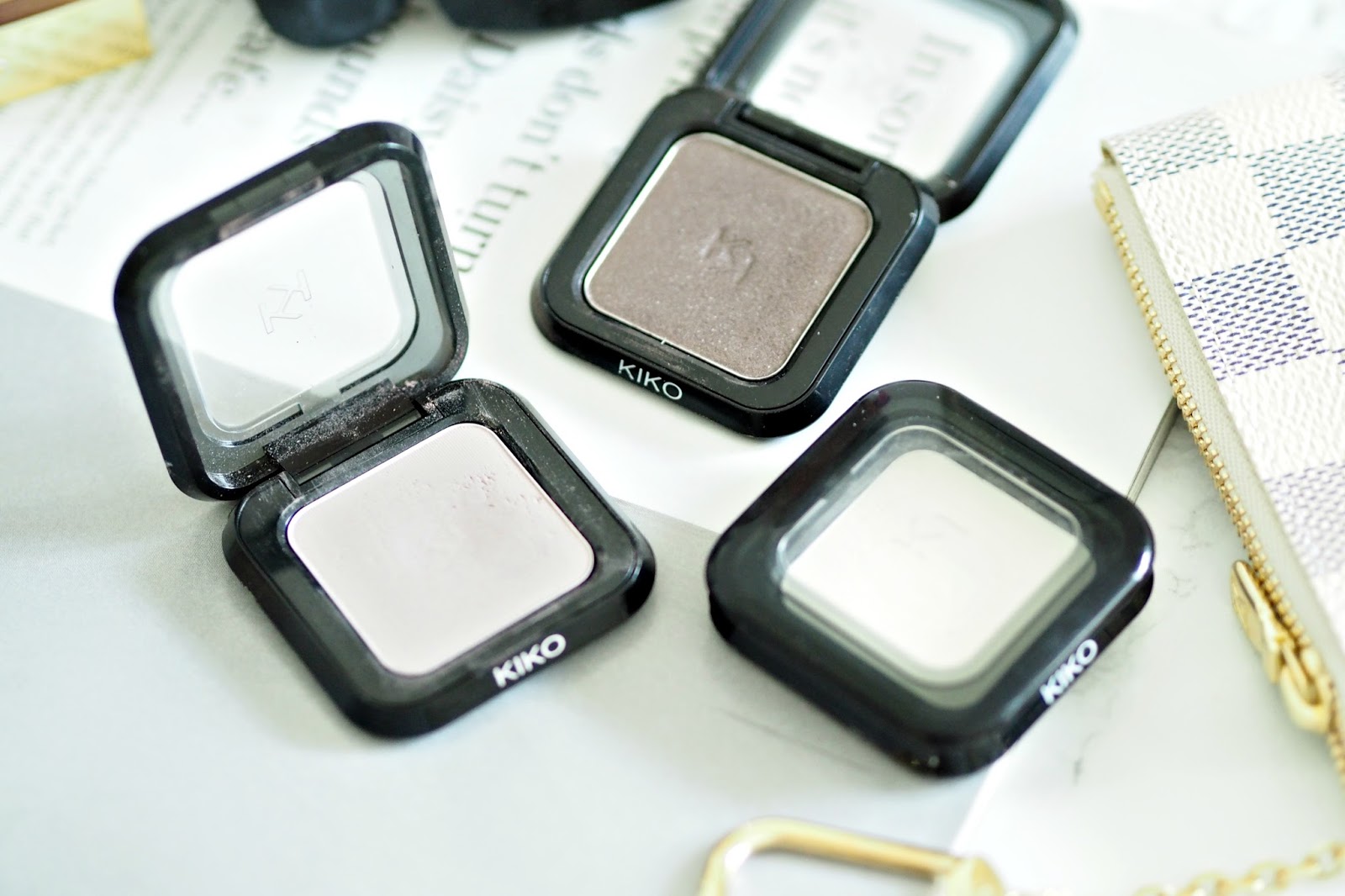 These eyeshadows are probably the biggest let down of all as in the Kiko shop they swatched so well and looked incredible pigmented – they are even called “high pigment eyeshdows”. We all know how much I love eyeshadows and love to blend, so upon getting them home and eagerly putting them on I was hugely disappointed. These eyeshadows weren’t even slightly pigmented. I must have applied 4 layers and you still couldn’t even see I was wearing eyeshadow! Applying primer underneath made no difference either. For me these Kiko eyeshadows are unwearable. So far it’s put me off buying anything else Kiko, but I will try some other products of theirs as I do hear good reviews about them overall. 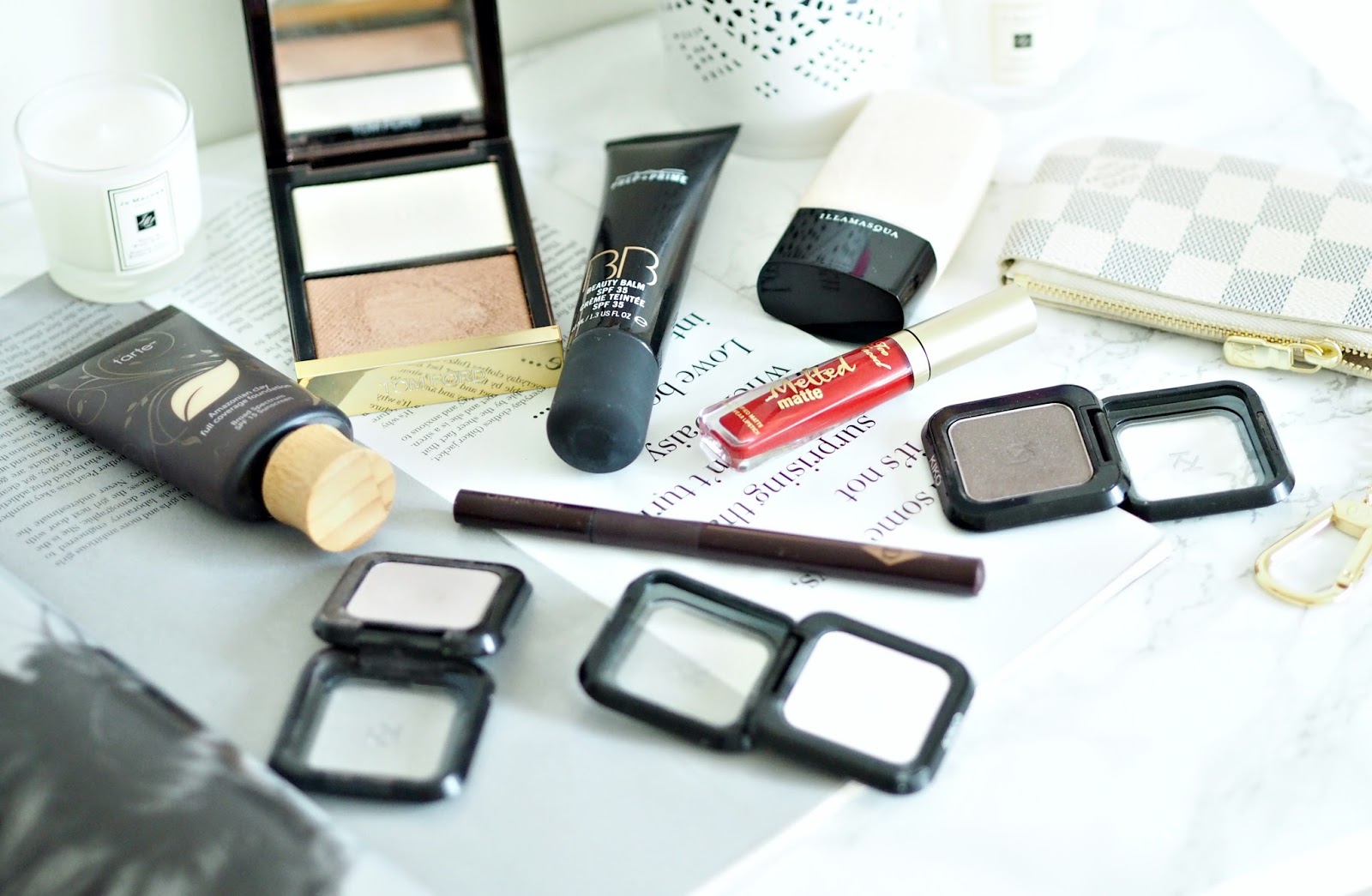 Are there any makeup items that you have been disappointed with?